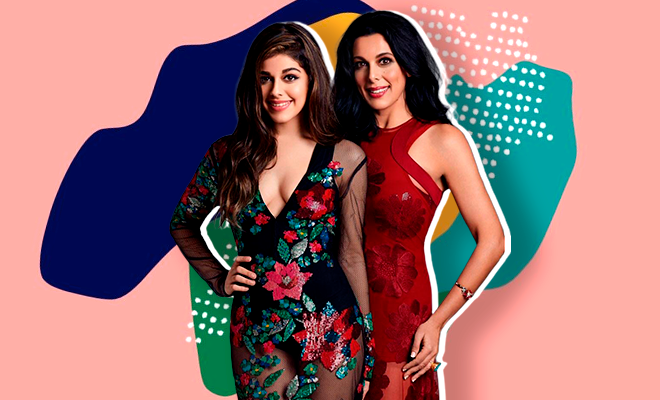 Out of all the things that my parents have passed down to me, privilege has never made the cut. And I understand that considering there is not a lineage as big as most politicians or superstars have to pass down, in the first place, but regardless, they’ve made extra sure that I don’t ever compromise on my humility. And this is not something you cannot say about Bollywood that continues to be tone-deaf with their privilege. We aren’t talking about Ananya Panday or anything *grins stupidly*. But much to our surprise, seems like things are finally changing and getting through to the star kids as and when they’re entering the industry. And we say this after hearing what Alaya F had to say about the topic of nepotism in a recent interview.

Also Read : Janhvi Kapoor When Asked About Nepotism, Said She Recognises The Privilege. Finally Someone Who Acknowledges It

Daughter of actress Pooja Bedi, Alaya F who will soon be seen making her debut in Bollywood alongside Saif Ali Khan, in the upcoming movie Jawaani Jaaneman and is one of the recent star kids to enter the tinsel town. And like every other debutante who hasn’t been able to dodge the conversation about nepotism in getting them their big break, Alaya too was put in a spot where she could not not talk about the elephant in the room.

In an interview with Mumbai Mirror, the young actress when probed about how she feels about landing herself a movie already, said, “We need to realise that even in our struggle, we are privileged. If we got rejected in 10 auditions, someone else has got the thumbs down 100 times. Their struggle is greater than ours. But just because I’m privileged, doesn’t mean that I’m not going to do what I love and work hard at it.” And honestly, it was the kind of a reply that had us excited, knowing that finally someone in the industry has the courage to accept and acknowledge the obvious.

Furthering into the conversation, Alaya mentioned, “Sara, Ananya (Panday), Tara (Sutaria), Janhvi (Kapoor), among others, are all extremely talented in different ways and together we’ve so much to offer. I respect everyone and have watched all their interviews several times to learn from their mistakes and take a note of their good points. I’ve also learnt to see them in the limelight,” and it seemed like an approach that is working well for her.

Considering how only recently Ananya Pandey found herself plum in the middle of a controversy around nepotism and one that made us question her understanding of the concept of ‘struggle’, Alaya’s thoughts and words have come across like a breath of fresh air. Mostly because we don’t really expect star kids to give up on the opportunity that they’ve been born with but we do expect that do not pretend like it wasn’t easier for them than other strugglers in the industry. We don’t need to soften them the blow for us, but perhaps just own up to the fact and be humble about it, as Alaya has done here.

And maybe that is the reason why, when she talks about willing to work hard to keep up with that pressure and privilege, we believe her. Her movie is set to hit the theatres on 31st January

Also Read : Sonam Kapoor Shutdown A Troll Trying To Fuel The Nepotism Debate And We Think She Has A Point