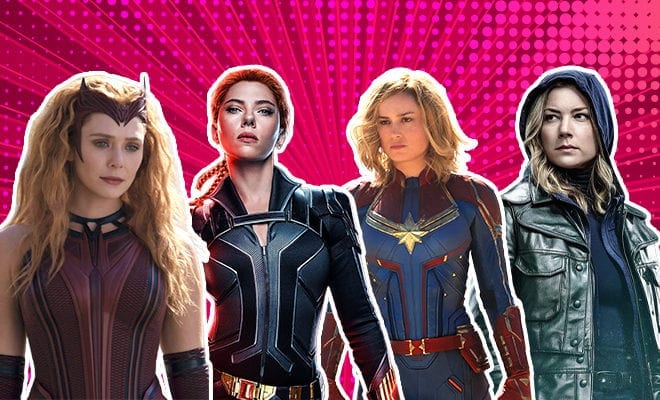 On 2 Years Of Avengers Endgame, Let’s Talk About The MCU Women, Both On And Off Screen

I was having a particularly nasty Monday this week when during some mindless doomscrolling, I came across the clip of the Portals scene from Avengers: Endgame. It was the film’s 2nd anniversary, and people were sharing the video of theatre crowds screaming when Captain America hears Sam Wilson aka The Falcon, say “On your left…”. The portal opens, and out walks Chadwick Boseman’s T’Challa, Shuru, Okoye and the Wakanda army, followed by Doctor Strange and every single MCU superhero. It’s a glorious sight, which only gets more mind-blowing when Cap lifts Mjolnir, Thor’s hammer, or when Tony Stark finds the kid he lost, and also Pepper. Heck, I even got a little emotional over that otherwise OTT display of girl power when the female superheroes of MCU had their own little Avengers Assemble for women.

I don’t want to romanticise things. But I realised I was crying watching the scene. Because somewhere, while the world around me was breaking down with death and despair, I think I wanted to be reminded of hope. And even in its biggest despair, what’s more hopeful than Avengers: Endgame? At that moment, I wanted to speed dial Mr. Scorsese, and tell him that while I am in no position to even stand before him and argue about what cinema is and isn’t, that scene from that superhero movie is the kind of art that we live our life in. And that makes it infinitely better than anything else.

The fact that cinema can have such a profound impact on our lives is the reason why representation in cinema is such a big issue today. Or, it has been for a while, with a sole focus on inclusivity or representation for the heck of it. 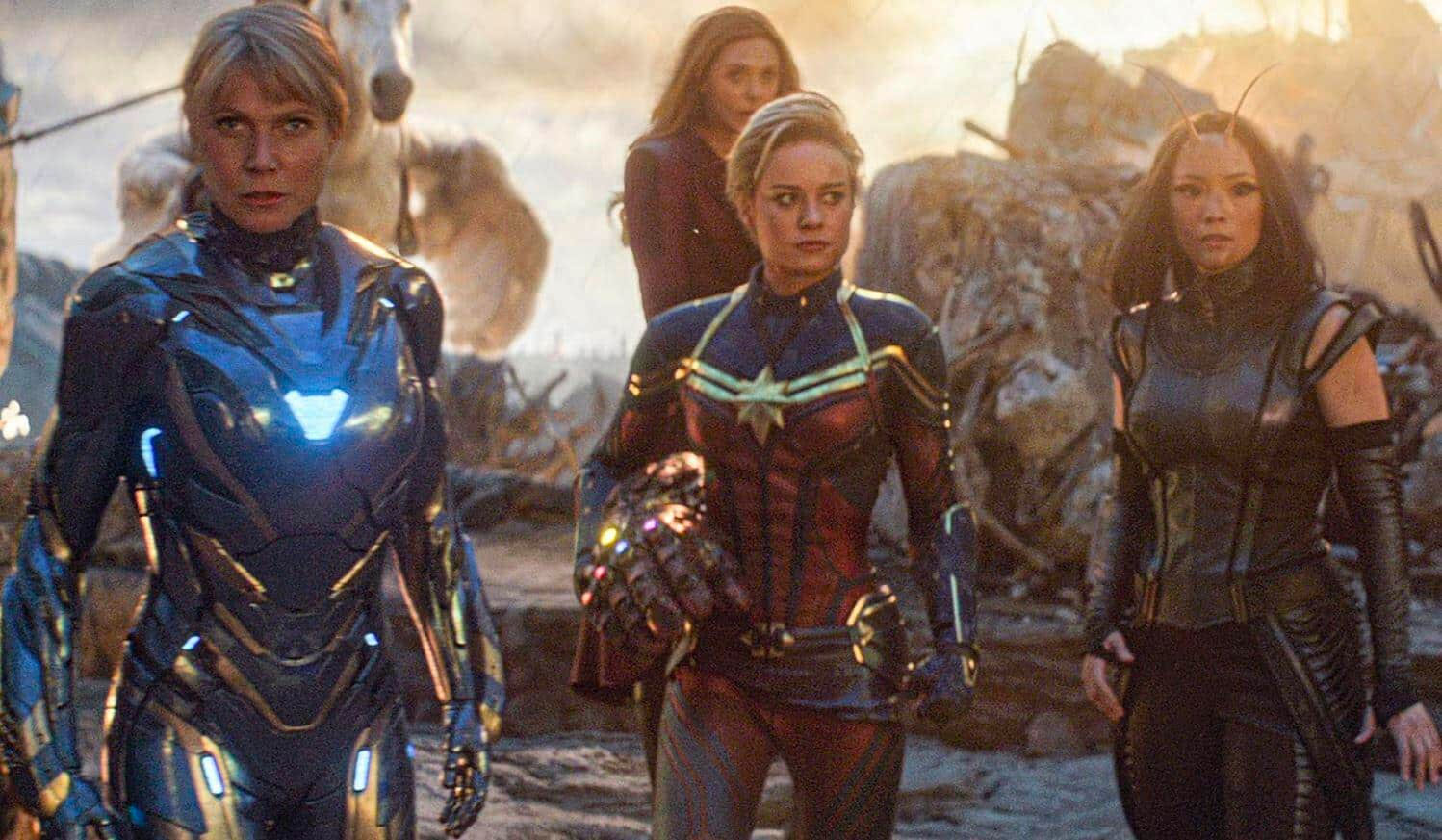 It’s not just about more female superheroes, it’s about presenting them in a proper fashion

You could look at the Marvel Cinematic Universe (MCU) and never say that it wasn’t being inclusive. There were kickass women in it—from Pepper Potts, Peggy Carter, Natasha Romanoff aka the Black Widow and Gamora to Valkyrie, Captain Marvel, Shuri and the Dora Milaje. But the question would always be about whether women were being presented with equity in mind or just for the heck of it. For example, the Avengers Endgame “She’s not alone” scene that felt so forced and cringe.

In the first three phases of the MCU, while the women were around, they were somehow almost always outshined by the men. The holy trinity of Iron Man, Captain America and Thor were in the limelight, and everyone else was basically a side story with mild-to-moderate interest in them. In fact, I think the only times when women did establish their supremacy was when they were villains. Think about it. Nebula, Hela, Wanda Maximoff as one half of the powerful Maximoff twins… they were always described to be more powerful than the men (heroes or villains), and made quite the impression on the audience. 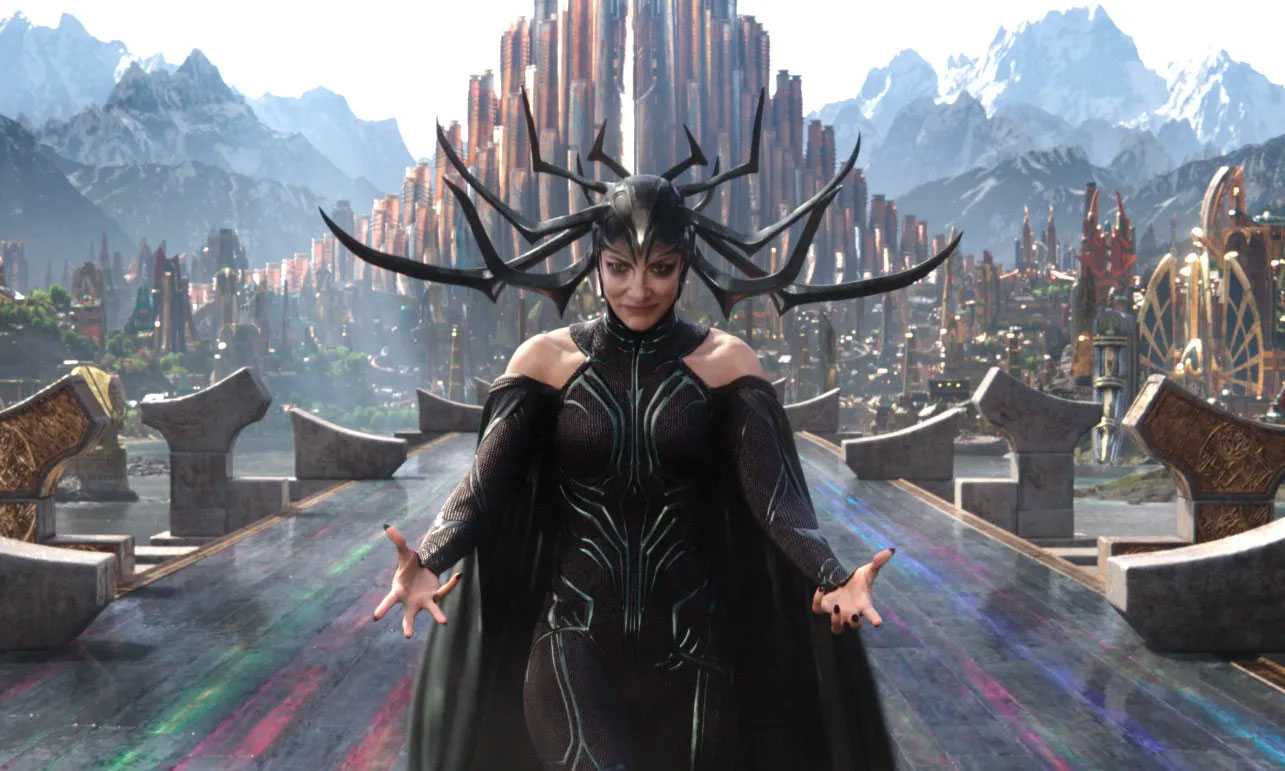 Female superheroes and supervillains, their portrayal and the emphasis on emotion

The reason that the tail end of Phase 3, and particularly Avengers: Endgame, is so important for the evolution of the MCU to present its women with more equity is because there was no way that any character could be allowed to steal the original Avengers’ thunder. Quite literally. With the Old Guard retiring, there was finally space to flesh out these new characters, or give old ones some spanking new suits and arcs, and finally tell the stories of female superheroes and super villains with the firepower they deserve.

I wasn’t particularly happy with how Carol Danvers story was told in Captain Marvel. And it only got worse when she was positioned as this mighty super-solution to the Thanos problem in Endgame. Because neither paid off. Again, you could blame it on the fact that we had three movies apiece for Iron Man, Captain America and Thor to really develop admiration for their character development, as opposed to just one film for Captain Marvel. But we both know, there are subconscious biases in play that just don’t allow us to see female superheroes with the same normative vision as the male ones. It’s why the success of a Wonder Woman is spoken of almost reverently and the missteps of its sequel, Wonder Woman 1984, judged almost as harshly.

There’s a fun little exercise I tried, where I just listed out actions or what motivates superheroes to do what they should do, and didn’t specify any gender or names anywhere. When you do that, you can almost always guess which hero is a male and which motivations are of a female superhero. Because while the men, both heroes and villains, are almost always motivated by larger ideals like justice, honour, and doing the right thing, the women are often driven by emotion. Whether it is DC’s Diana Prince who gives up Steve in WW1984 or WandaVision’s Wanda who gives up her perfect sitcom family to save a town, it’s almost always emotions. And just like the Cheetah, Hela or Agatha Harkness, even their villainy has its origin story in being betrayed, scorned or hurt.

The emphasis is always on not letting their emotions go overboard because their power is connected to it. In fact, an interesting article I read on the Internet made these remarkable observations of how female superpowers are often witch-coded. And just as witches are known to draw from elements and their own emotions, so do these superwomen. Naturally, when the time comes to reckon for all the collateral damage that their powers might have caused, even if in the pursuit of good, women are easily judged more harshly than their male counterparts.

MCU’s future seems dominantly female, both on and off screen

The end of Avengers: Endgame left most of the MCU women with some major choices. Wanda was without Vision. Valkyrie was the king of the homeless Asgardians. Gamora was separated from the Guardians of the Galaxy. Pepper didn’t have Tony anymore.  What was Captain Marvel going to do, again? Oh and Black Widow? She was dead, which means there were endless possibilities to either go back into her past or delve into an alternate timeline that might become her future. And with the unfortunate passing of Chadwick Boseman and a clear decision to not replace him as Black Panther, the franchise will move on to focus on Shuri and the Dora Milaje. 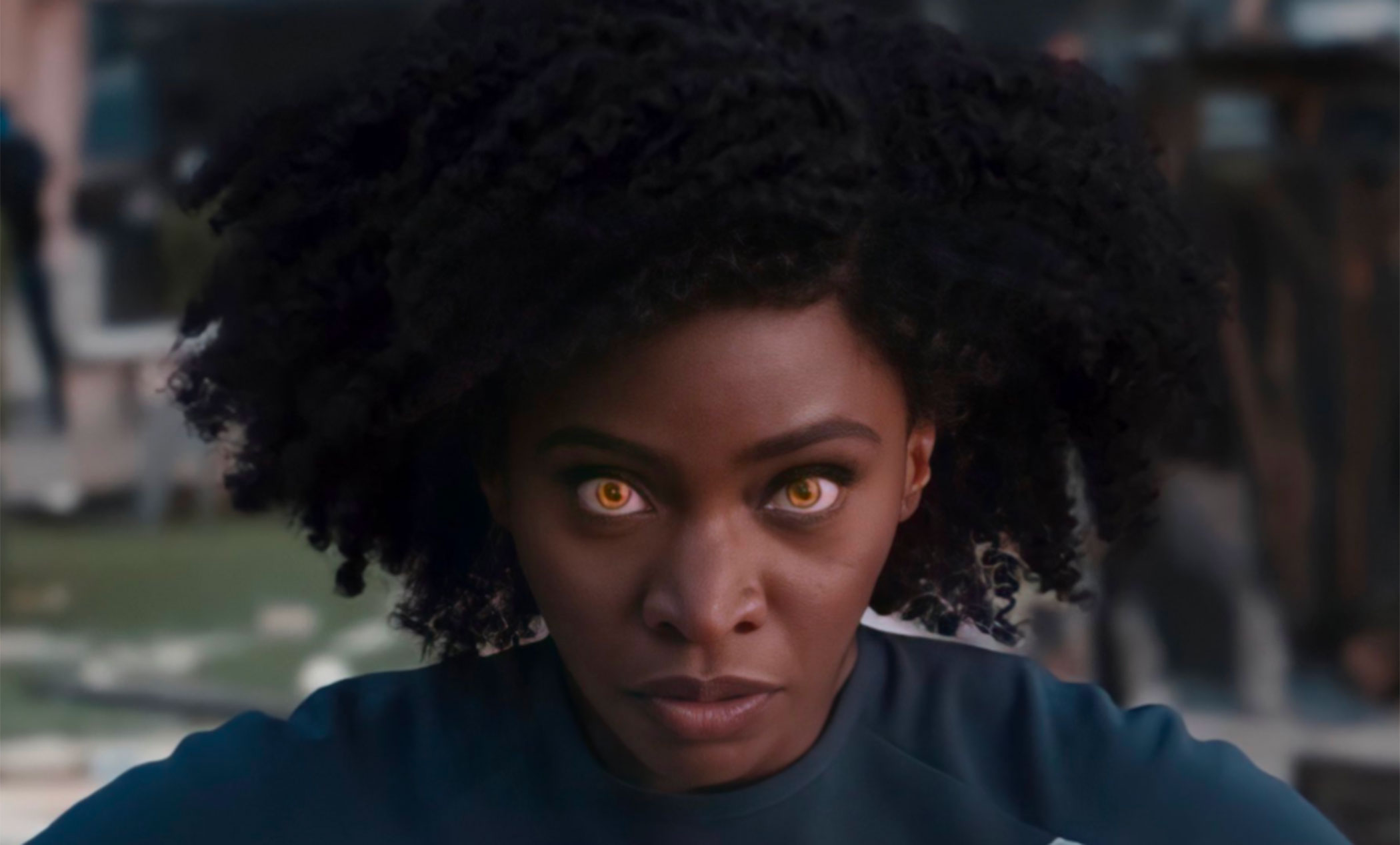 MCU Phase 4, with just WandaVision, The Falcon And The Winter Soldier and an impending Black Widow solo release, has managed to put some very powerful female players on the chessboard. There’s Wanda Maximoff aka the Scarlet Witch; Agatha Harkness who I am sure is not really gone; Monica Rambeau whose past with Captain Marvel suddenly makes the latter so much more interesting; Darcy Lewis, who is smart and can do anything she puts her mind to; Contessa Valentina Allegra De Fontaine, played by Julia Louis Dreyfus to perfection, and more popularly known in the comic books as Madame Hydra; and of course, already kickass Sharon Carter, who as of the TFATWS season finale, has been revealed to be the Power Broker. 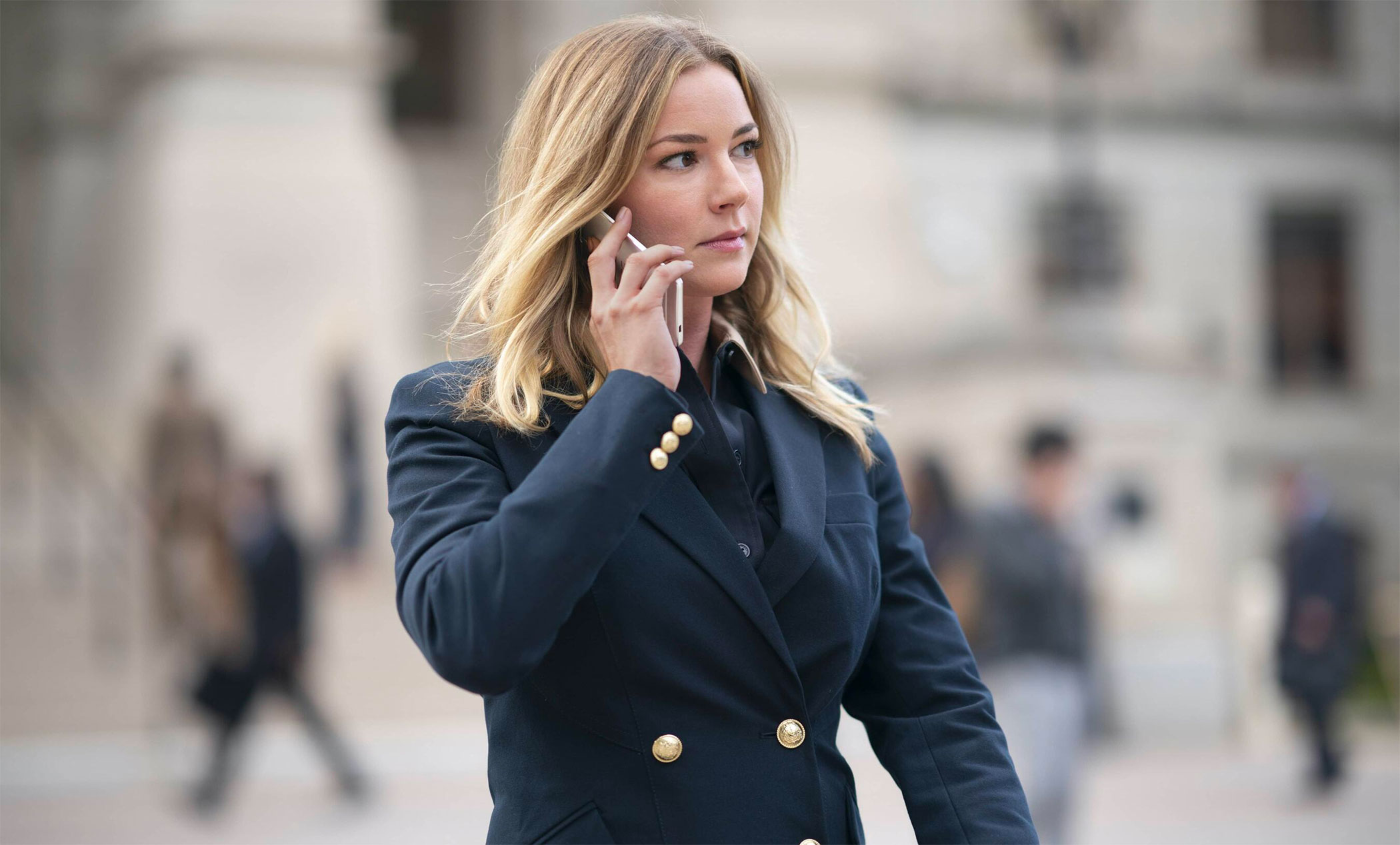 And that’s just the women we’ve seen on screen so far. We’re getting some more badass women in Black Widow, and some old ones returning in Thor: Love & Thunder. And we’re getting not just Captain Marvel 2, but also a series with Iman Vellani as Ms. Marvel, a teen superhero who is the first Pakistani-American superhero in Marvel! Tatiana Maslany has been cast to play She-Hulk.

We’ve got Hailee Steinfeld as Kate Bishop, the new Hawkeye which has wrapped shooting a schedule, as posted on Instagram by current Hawkeye Jeremy Renner. And don’t even get me started on the lineup for Eternals, Marvel’s Phase Four main event, which has the likes of Angelina Jolie, Salma Hayek and Gemma Chan playing mighty immortal aliens, created by the Celestials.

Hailee Steinfeld and Jeremy Renner seen on the set of #Hawkeye on the Lower East Side, New York#Marvel #DisneyPlus

She's in the Kate Bishop outfit 🏹

And that’s just the women on screen. Off-screen too, Marvel Studios has some pretty incredible female filmmakers calling the shots in the MCU. Eternals is being directed by 2021 Best Director Oscar winner Chloé Zhao, while the soon to-be-released Black Widow has been helmed by Cate Shortland. The current beloved The Falcon And The Winter Soldier is directed by Canadian filmmaker Kari Skogland. Meanwhile Nia DaCosta and Olivia Wilde have been reportedly signed on to direct Captain Marvel 2 and a rumoured Spider-Woman, respectively!

Clearly, the future of MCU, and if you count the announcements for other superhero films in the DCEU as well, the future of comicbook superhero films is female. But what is going to be really interesting to see is how these filmmakers bring out a certain level playing field when it comes to character enrichment, the stakes and powerplays between the male and female superheroes.

Katrina Kaif Will Be In Bollywood’s First Ever Woman Superhero Movie. We Hope She’s Given More To Do Than Prance Around In Skimpy Outfits