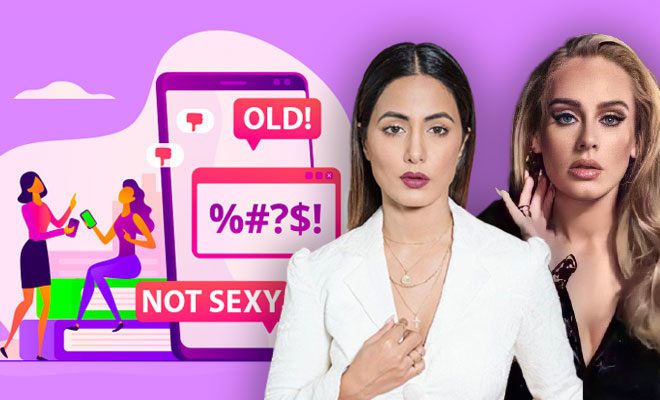 You’d think being a film or TV star and having millions of admirers who sing praises of your talent and beauty would make celebrities super secure and confident about themselves. But this couldn’t have been farther from the truth. In fact, being in showbiz makes actors extra conscious about their physical appearance. Because everything about them is so magnified on the screen, and they’ve got countless people constantly fussing over every tiny detail about their life, celebrities can actually get just as easily affected by comments about their appearances as you and I would, perhaps even more. Over the years, with social media offering up a forum for everyone—including celebrities—to talk openly about their mental health, there have been many celebs who’ve chosen to share how comments about their physical appearance affected their mental health—from singer Adele who has had fans obsesses over her weight all the time, to Radhika Apte and Sanaya Irani, who’ve been trolled for their respective complexions.

In fact, recently Hina Khan posted on Instagram how she decided to choose her mental health over her physical appearance when she put on some kilos during a difficult phase in her life. The industry and its relentless focus on ideal beauty standards make it hard for many celebrities to make that shift in priorities. Here are 10 celebrities who have recently spoken about how being trolled or commented upon their physical appearance affected their mental health and how they dealt with it.

Hina Khan has had a particularly difficult past few months. She lost her father in April of this year, and then tested positive for COVID herself. She has been trying to grapple with it all, while being there for her mother through this time. She took to Instagram recently to post about how she piled on a few kilos but it was okay because her mental health needed her to just relax, take life as it comes, and not be too hard on herself. At times like these, fitness routines or any kind of routines become difficult to maintain, comfort food becomes our only escape, and it is okay to not hold yourself to some ridiculous standard set up others on how you should look at all times.

Some time back, during an interview, Radhika Apte revealed how she had to endure a lot of trolling and criticism when her nude shots from the movie Parched leaked online. The actor has also talked about how she keeps comments on social media from getting to her now, and does not mind using filters on Instagram. 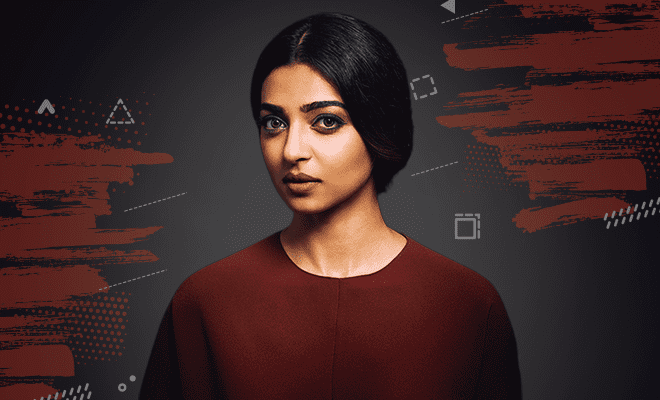 “Normally not, I never read comments. A couple of times in the lockdown I happened to read something and it disturbed me. Not because it made me uncomfortable but it’s just that there is so much hatred and negativity in people’s hearts. It’s very difficult to see that, it just feels very heavy.”

The Veer actress opened up about how Bollywood expects its heroines to be a certain size. So when she made her debut in Veer opposite Salman Khan, her weight became “a national issue.” It was all very confusing for her because everyone wanted to advise her about what she should do about it. 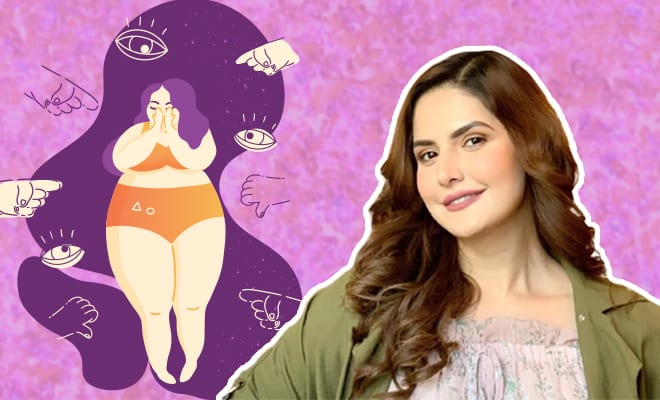 “When my very first shot happened I didn’t even know where the camera was. I was that dumb and naive. When I am so inexperienced and I am working with such experienced people, they give you instructions. I was supposed to look like that and I followed instructions, and then when the film released it backfired on me. From my looks to my weight to everything, I couldn’t understand what I did. It was funny, it was disturbing. There were too many emotions at one time.”

The former model has been quite vocal about her criticism of the impossible beauty standards of the fashion and entertainment industries. She told the media how, for a very long period of time, she was extremely conscious about her hip and thigh size because she believed that they were not the same size as other, regular models. It took a lot of time for her to get over this complex and realise that she was a perfectly normal size and there was nothing wrong with her. 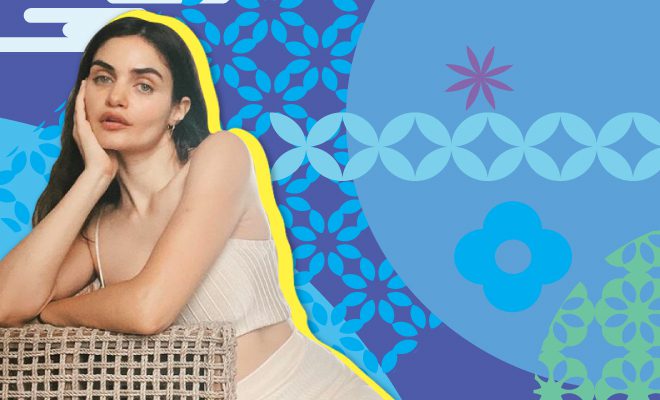 Also Read: Gabriella Demetriades Reveals How She Was Conscious About Her Hip Size. We’ve All Been There!

Ananya Panday belongs to a generation that deals with trolls and judgement every single day, not just for being fat, but for being thin too. Sigh. Earlier in the year, the SOTY2 actor revealed that since her school years, people have been body-shaming her for being too thin, calling her ‘chicken legs’, ‘toothpick legs’ and even ‘flatscreen’, referring to the size of her chest. It hit her self-confidence hard and she took a while to overcome the self-doubt.

“At that time, it did hurt because those are the times when you are forming your self-confidence and you are learning to love yourself. And then, when you feel like someone else is pulling you down, you start doubting yourself, the way you look and everything. But I feel like now, slowly, I am reaching a point where I am just focussing on accepting myself.”

Ileana talked about how facing body shaming since puberty can leave a deeply ingrained scar on your psyche that’s difficult to overcome. She said, “I remember those days like it was yesterday. It’s weird because it’s a very deeply ingrained scar. I went through body-shaming right from the time I was 12. I had just hit puberty and growing up. You are hit with these weird comments. And people are passing comments about your body and saying, ‘Oh My God, why is your butt so big?’ And I am like, ‘What do you mean?’ You think you are fine and then suddenly you have random people saying things about you and you start to believe what they are saying. So I think it’s a deeply ingrained scar because you are carrying it for so many years.”

Also Read: Ileana D’Cruz Says Being Body-Shamed Since Puberty Is A “Deeply Ingrained Scar” On Her Psyche 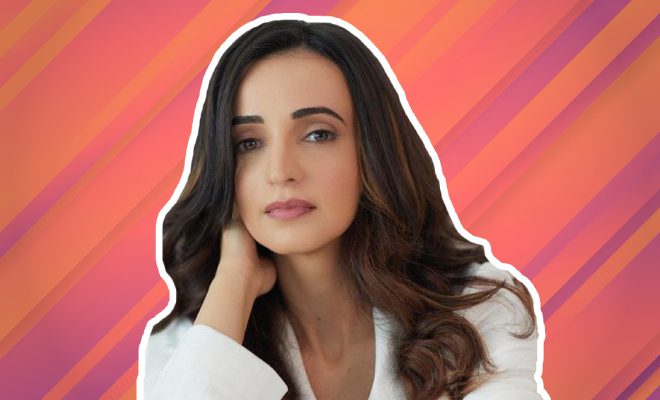 The Mile Jab Hum Tum actor, in an interview, talked about how she was teased and called hurtful names like “white cockroach” and “lizard” when she was in school, all because her complexion was very fair. What’s more, she even recalled how her nose would turn cold in the Ooty winter, where she studied at a boarding school, and that made some people call her a “monkey” too. Can you imagine the effect it would have on a child at that age, being teased so mercilessly, that too by adults?

It made Sanaya Irani very conscious from a young age of what people would say about her when they saw her. And that can be such a difficult thing to live with all the time. It’s an eye-opener for those who think that people of a certain body shape and colour are protected from being mockery. Turns out, you just can’t win here.

Also Read: Sanaya Irani Recalls Being Called ‘White Cockroach’, ‘Lizard’ For Being Too Fair. There Is Just No Winning Here.

Rebel Wilson is hilarious, but even when she is putting up one of her best performances, the conversation in the media and with fans has always been about her weight. These are her own observations, which she is now talking about, having lost some weight recently and having the conversation arrive again on her weight, this time the loss of it all. Sigh.

While the Pitch Perfect star and comedian is quite frustrated about the public’s fixation on her weight, she does kinda understand what drives this fixation, because she herself would love to hear about Oprah or Adele’s weight loss journeys.

“People are so obsessed with [weight]. But I get it. Oprah is one of my heroes. She’s certainly struggled with eating issues, and I would always watch her episodes when she spoke about that,” she told the Daily Telegraph.

Believe it or not, fans of the Rolling In The Deep singer were actually upset that Adele didn’t share her weight loss journey with them, or the fact that she even lost the weight. As she appeared on the cover of both American and British Vogue, the singer revealed that she worked out because she wanted her body physically strong, so she could be strong mentally as well.

“People are shocked because I didn’t share my ‘journey’. They’re used to people documenting everything on Instagram, and most people in my position would get a big deal with a diet brand. I couldn’t give a flying f—. I did it for myself and not anyone else. So why would I ever share it? I don’t find it fascinating. It’s my body.”

However, she was hurt that people didn’t realise that despite her new body, she was still the same person.

“My body’s been objectified my entire career. It’s not just now. I understand why it’s a shock. I understand why some women especially were hurt. Visually I represented a lot of women. But I’m still the same person.” 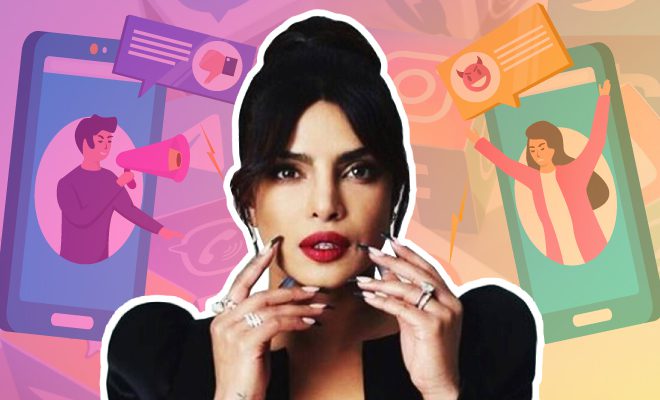 Priyanka Chopra is a Miss World winner; literally crowned as one of the most beautiful women. And yet, during an appearance on a podcast recently, she opened up about how she was judged for her ‘ageing’ body. Having grown up participating in pageants and modelling, she always wanted to look perfect, and have her hair blown out all the time. A few years ago, she was dealing with the loss of her father, and sought comfort in food like most of us do. It’s then, when she put on some weight, that she was criticised for her changing body and told that she was getting old. Priyanka talked about how all those hurtful comments forever changed her relationship with social media.

These 10 celebs are just some of many from the industry who’ve spoken up about being judged for their appearance, irrespective of whether they fit within the usual beauty standards or not. It’s sad that women are being constantly told that only if they look a certain way, they’re beautiful, and if not, then they’re not worthy. This needs to change.