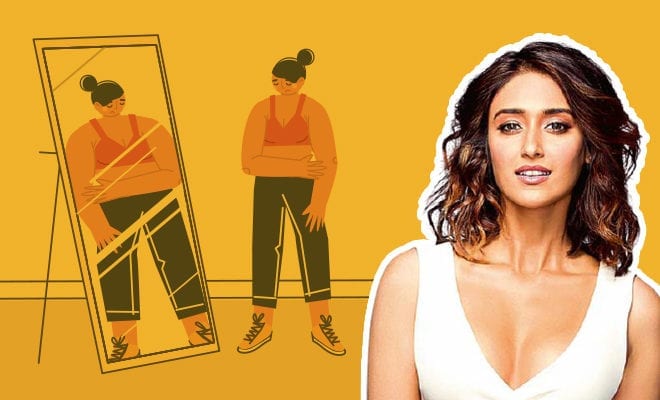 Up until I was 21, I hated my body for being ‘too fat’, not the right skin colour and not worthy of attention (the kind I wanted). The clothes wouldn’t fit. The nicknames like ‘Moti’ would stick. And I was never the girl being asked out, but always that girl’s friend. And if on the rare occasion that a guy did like me, I’d always second guess his intentions because really, what did he see worth liking? It wasn’t until social media boomed and I realised the damage body shaming, from others as well as self-inflicted, was doing to my psyche, my confidence and my happiness. Often subconsciously. And those scars never heal. I still don’t wear sleeveless clothes. And I still have trust issues in relationships. So when Ileana D’Cruz talked about how being body shamed affected her deeply in her adolescence, it resonated with me strongly.

In fact, it is owing to this more informed and compassionate world view that I don’t see a beautiful actress speak up about body shaming and instantly dismiss her problems as ’trivial’. No matter what size, shape, colour your body is, body shaming can happen to anyone, and it can have long-lasting effects on the way you view yourself. As the Barfi! actress put it, “’takes a lot of inner strength” to assure yourself that “what they are saying doesn’t matter”.

Ileana D’Cruz told Bollywood Bubble about the body shaming she was subjected around puberty, when her body began changing and people around her began pointing it out.

“I remember those days like it was yesterday. It’s weird because it’s a very deeply ingrained scar. I went through body-shaming right from the time I was 12. I had just hit puberty and growing up. You are hit with these weird comments. And people are passing comments about your body and saying, ‘Oh My God, why is your butt so big?’ And I am like, ‘What do you mean?’ You think you are fine and then suddenly you have random people saying things about you and you start to believe what they are saying. So I think it’s a deeply ingrained scar because you are carrying it for so many years.”

Also Read: Ileana D’Cruz’ Upcoming Movie Will Talk About How Dusky Women Are Not Considered Beautiful In India

Ileana went on to elaborate how as a public personality, body shaming is something she continues to face every single day on social media. She talked about how she has to remind her herself constantly that it doesn’t matter what others think, what matters is what she thinks about her own body. She urges people to be kind to others because words can be such potent sources of pain and hurt, and can inflict lasting wounds on people’s psyche that sometimes don’t heal for years.

“Because I go through it every day. I have at least 10 messages that I can find on my Instagram right now about body shaming for sure. So there’s always going to be somebody saying something about you and it’s harsh. And as much as I would like to tell people can you please be more kind more sensitive because you don’t understand how much it can affect somebody else. The only thing that’s in your control is you and how you think about yourself. So I would constantly just tell people your opinion about yourself is what matters the most. The hell with the world, the hell with what they think. Only your opinion matters. You are someone who is going to live with your body.”

Of course, not all days are the same. Even the most body positive people can have down days when a stray comment feels too hurtful or when they look in the mirror and don’t like what they see. But Ileana D’Cruz has found a way to spin that.

“There are days when I am like, ‘I don’t like this. Is my stomach too bloated?’ But now I am like, ‘No it’s fine, there’s a uterus in there so it’s fine. It’s alright. It’s not gonna be flat,” she said.

The actress has previously opened up about body dysmorphia, which is a mental disorder characterised by the notion of a perceived flaw in your body. She was last seen in The Big Bull, starring Abhishek Bachchan,

Ileana D’Cruz Reveals The One Thing That Helped Her Deal With Body Dysmorphia. It’s Pretty Dope!