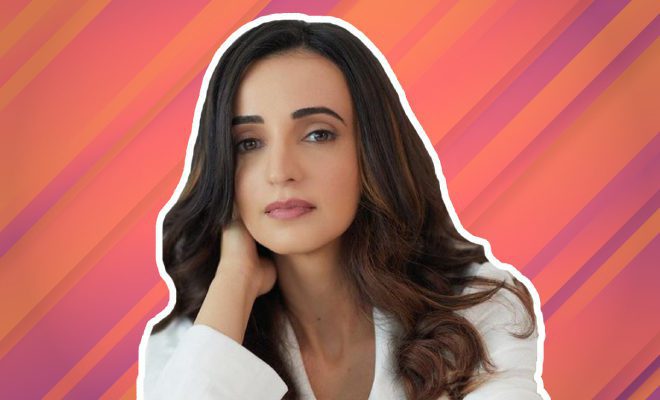 Sanaya Irani Recalls Being Called ‘White Cockroach’, ‘Lizard’ For Being Too Fair. There Is Just No Winning Here.

Let me enlighten you with one of the biggest truths of my life that I try to live by. No matter what you do, how you look, how you are, etc., people are still going to find faults in you. And there is not much you can do about it other than accepting yourself for who you are. Don’t believe me? Let me give you an example. In India, we are obsessed with fair-skinned people (I mean, we literally have creams in the market to lighten skin tone). But when people come across a fair-skinned person, they even call them names and make fun of them for being ‘too fair,’ like they’d do with a person who is of darker skin . Seriously, there is no winning, guys! Take the instance of the television actor Sanaya Irani, who revealed that she was called a ‘white cockroach’ and ‘lizard’ just because people thought she was too fair.

In an interview, Sanaya Irani opened up about how when she was in boarding school, people looked at her and called her names like ‘white cockroach’ and ‘lizard’ because of her fair complexion. She said that when she was in her boarding school in Ooty, her cheeks and nose would turn red and so people would end up even calling her monkey at times.

Sanaya Irani in a Zoom interview remembered how she was much fairer than she is now and that was why everyone looked at her differently and called her names. In fact, remembering one of the incidents that took place in her teens, the Iss Pyaar Ko Kya Naam Doon actor recalled, “I heard a Gujarati family once say, ‘She looks like a monkey’. They were saying it in Gujarati but I knew Gujarati, they didn’t know that. We were in school, eating ice cream and they were like ‘look at her’ because I had red cheeks, red nose, all of that. They were like, ‘She looks like a monkey.’ So, for me, when people looked at me, I always connected it to ‘they are going to say something weird about me.’”

Honestly, it’s disheartening to know that as a child Sanaya Irani had to face so much criticism. And it is worse when you’re a child because you grow up forming an image about yourself that is dictated by others and it takes years to look beyond just the way others look at you. All those who are still struggling with finding themselves, know that you’re not your skin colour, you’re not how you look. You’re much more than that.