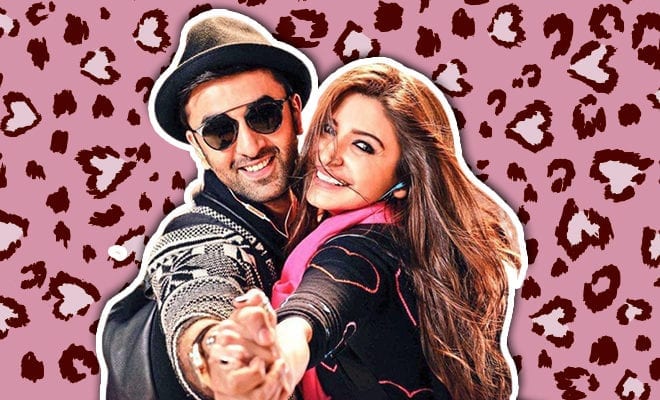 I used to be naïve earlier; I didn’t know there were “nice guys” that were far from being what they claimed to be. You know, you meet someone and they are just so well-mannered and caring. You take them to be a nice guy! They go out of their way for you, make you feel like you’re the queen – and when they have you, they treat you like their personal assistant.

All these toxic traits begin to crop up and you see a side of them that is narcissistic. You realise that they were nice to you, as long as you agree with them. All they wanted was a boost to their ego. Ugh, now I prefer waiting to check for consistency for at least six months. And I don’t wait for the red flags to get bloody red. I know what red flags I need to spot, and I don’t stick around, handing out chances.

How do you recognise these seemingly nice guys? How do you know if he is actually nice or he thinks he is and wants you to believe he is? It can feel like a betrayal and a waste of time when you find out he is a wolf in sheep’s clothing.

So when someone asked the women of Reddit, they all shared red flags speaking from experience!

“1st date warning signs: Constantly saying, “I’m a nice guy” “I’m a good guy”,” a woman wrote. It sounds like a scam if he has to constantly remind you of him being a good guy. He probably knows he isn’t and is trying to convince everyone that he is.

“Overly complimentary, “you’re so beautiful” “did I tell you how beautiful you are?” I even asked this one guy to stop because it was too much and was make me uncomfortable and five minutes later he started it again… not listening and not respecting boundaries are sure signs,” a woman shared.

“I have a guy friend who’s borderline a nice guy. He would come to me for advice about women, saying he was scaring them away after matching with them on dating apps but didn’t know why. I asked him to send me some screenshots of their convo. Immediately “wow you’re so beautiful” “may I say again you’re gorgeous?” “You’d make me nervous on a date you’re so pretty” “I love treating women well, I’m a nice dude” lmao I was like BRO you’re coming off really strong. These women are unmatching you because you’re acting like a nice guy and a creep. One or two compliments worked naturally into the conversation is fine. But you should not be love bombing or trying to convince potential partners that you treat women well,” another woman pointed out.

If you want to see whether he actually thinks you are amazing, try disagreeing with him. He will reveal his true side.

“Like complaining about feeling lonely or stuff like ‘women suck’ etc because they’re single? I mean, I’m sure you’re going by what you’ve lived,” a woman shared. Oh no. We love nice guys. But honey, if you think you are nice because you suck up to us or because your name is not on the sex offenders’ list then you’re wrong. Also, even if you were, it doesn’t make everyone want to date you.

“Expecting recognition for basic human decency,” a woman wrote. Another shared, “My ex-boyfriend expected me to thank him every time he did a chore and would get all salty if I didn’t, yet every time I did something around the house it was never recognized since it was part of my job.” Dear lord, thank you for blessing us with this angel who breathes the same air as us and once in a while, doesn’t suck at being an adult human.

“I will straight up backhand a man that tells me that. I AM EXACTLY LIKE OTHER GIRLS AND PROUD THANK YOU VERY MUCH,” a user wrote. Another woman added, “YESSSS!!! This is definitely #1 on my list of how to recognize a “nice guy”. Saying this is like admitting you’re one of those guys that blames women for their unsuccessful relationships and thinks saying “you’re different” is a compliment because all women suck “but not you because you’re different”. I’m proud to say I’m exactly like other girls and WILL say it every time a guy tries that bullshit on me.” What’s with men thinking insulting other women is going to make us happy?

“It’s a self-pitying egocentrism. They think they’re sensitive and enlightened because they spend a lot of time thinking deeply about things, but it’s only ever about what a tortured soul they are, wounded by the world around them. If I ever meet a guy who seems to willingly allude to a painful past or personal life in a “no one understands my struggles” kind of way, I know what’s coming next,” a woman wrote. Yes, a woman rejected them a few thousand suns ago and now they go around spreading pain with their commitment-phobia and somehow, still managing to come across as the victim.

“Being ultra over the top nice around only girls he finds attractive, but around anyone else, it’s like he’s a completely different human being,” a user pointed out. Sure, be nice so you can get into her pants. If you can’t be good to a woman who is not going to be of any benefit to you, you’re not a nice guy.

“Guys who get super familiar super quickly– like, you’re not even dating and they’re sending you “good morning, beautiful” texts and shit like that. Hard pass. I don’t know you like that,” a woman wrote. Who the f*ck are you and why do you think I’d like to start my day with your text?

“Making demands before you even are in a relationship. When I was online dating there would be dudes who would get pissy if I didn’t respond to messages right away, or if I had to reschedule a first date. Like dude I got a job? And I’d let all guys I started talking to know that I had a job with unpredictable hours (I was on call literally 24/7). I always stopped talking to men who acted like they had a right to my time just by existing. On a similar note, guys who got offended if I didn’t want to meet up at their house. Was both sketchy and ignorant,” a woman expressed. I didn’t know I was supposed to give so much priority to a guy who hasn’t even seen me in a top-knot and worn-out tee yet. And turns out, he won’t!

ALSO READ: Women Reveal What Finally Being With The Right Guy Feels Like

“Anyone who twists your hurt feelings/anxiety/depression into a sad situation for themselves like that is not a good partner. Some guys want you to be honest if something they said or did upset you, but whenever you’re like “hey, I didn’t like that” they take it SUPER personally and get really upset, and now instead of focusing on talking it out or whatever, you have to manage their feelings and it becomes all about them and how sad they are now. Makes it not worth it to even bring it up when they do something you don’t like, so you just build up a bunch of resentment, which absolutely poisons a relationship,” a user wrote. All I can think of is Rachel Greene’s dialogue, “I’m sorry, did my back hurt your knife?”

ALSO READ: 7 Signs He Is Being Nice Just To Get Into Your Pants