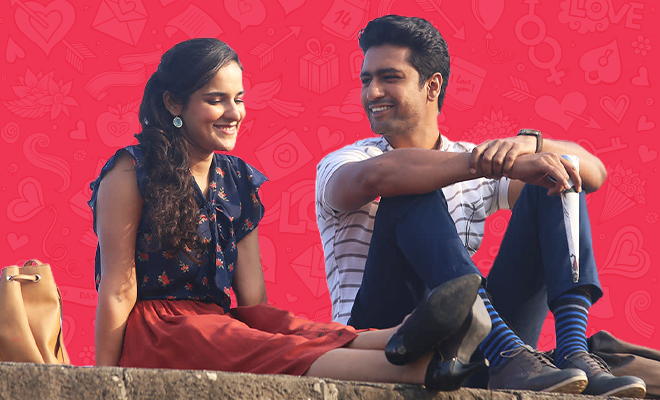 Women Get Candid About Their Experiences Of Office Romance

It’s common for people to have office romances because we spend most of our time at work. You spot each other from across the room and start talking at an office party, or by the coffee machine. Before you know it, he’s accompanying you for smoke breaks and has infiltrated your work circle. You start hanging outside of work, with friends, and then alone. Drinks, dinners, movies, and sex—and then return to your cubicles the next day with a secret that makes dating at work even more thrilling.

Work becomes so much more fun when you have those occasional moments of flirting when you see your bae almost every other day and you have so much to talk about! You love going to work when you have an office romance. Plus, you can always rush to that one person when a colleague ticks you off and pour your heart out.

But it doesn’t always end up positively. Things can get merely awkward if you’re remotely lucky. But in scenarios where it gets downright ugly, your career can be at stake.

It’s such a grey area. Office romance—yay or nay? A thread on Reddit has several women who opened up about their experiences and it kinda puts things into perspective.

“Two colleagues from a former office met at work and they’re now married. They worked together while they worked there and once they both left that office, their relationship really blossomed,” a user wrote. Another user added, “Had one that ended badly for me (got dumped, saaaad), have one that is going great for a while now. Despite the bad first one, I think work (maybe dependent on your field) can be a good place to meet someone who is already vetted, vs the risk of blind/app dating. But if things end you have to be prepared for it to feel awkward for a while.”

Some people vouched that work is a good place to meet people while a few said that it’s doable if you aren’t in the same team. “I say if they work in completely different departments that never intersect with your own department then go for it. If you even see them once a week as part of your work routine then it’s a bad idea. If they’re in your team then you might as well live with them straight from the get go because you see each other so much. Do not recommend,” a user wrote.

In fact, it’s better if we keep it on the down low until we’re sure. “Initially we kept it quiet because of course everyone would be nosy, but eventually it became a normal thing. He no longer works there, and I do find myself missing seeing him across the store or hearing his voice when I wouldn’t expect it. We’ve been together for 11 years and worked at the same place for 8 of them,” the user added.

However, someone pointed out that the attitude of your colleagues towards you may change. “I wouldn’t worry so much about the dynamics between the two of you… I’d worry about how the dynamics between the two Of you and everyone else will change And believe me it will Once it’s out- and it will come out, all of your co workers will look at you differently. Anytime the two Of you are seen together people will talk, and if you’re separate they’ll talk too. It will be like everyone in that office will be involved in your relationship some way. Don’t do it. I know where of I speak. Good luck,” a user explained. Well, people will gossip, for sure. But the more you hide it the more people will get an opportunity to spread rumours. “And if there are people who don’t like your partner, they’ll stop speaking to you as well,” another person said.

But if you’re focused at work and don’t act all romantic, I believe it’s fine. It really depends on the couple and how mature you are. “We actually worked together multiple times, it wasn’t a big deal. People thought we were crazy for being able to stand each other but when at work, we normally focused on our jobs so it’s not like we sat there for 8 hours and stared at each other,” a user who married her office romance revealed. “We have a very healthy relationship and working in the same room together has never ever been an issue. I know everybody in the comments is very against workplace relationships, and rightfully so, but I think it really depends on the couple. Our relationship has always been very Jim and Pam esque and I wouldn’t have it any other way,” another user affirmed the same.

However, again, if you are just hooking up, things can get nasty. So better to be careful. “I once became FWBs with my coworker at a sex shop. It was a bit awkward at work because it turned out most of the other female staff members had also slept with him,” a user revealed. That would have been awkward. “Oh, hello. This is XYZ, the person he slept with after you.” Yikes.

Another person explained, “Met my partner like that. He is my past boss’ brother and cofounder of the business. Since I kinda got promoted quite fast, we were soon at the same level but we were just friends. Some flirting here and there and next thing we know, we’re agreeing to FWBs. I was lw ashamed of that and didn’t want people to find out because of what they could say or think about it so we kept it on the low low. Then I resigned and moved onto another company and the FWBs continued, break up happened after and I was happy we hadn’t told people because less explaining.”

ALSO READ:5 Signs You Are Having Sex With Him Just To Keep Him Interested

Conclusion? Office romance can be great, where else do we even meet people organically anymore? But rules apply. It’s better if you are both thorough professionals, working in different teams, and know how to handle a breakup without acting cuckoo. Also, if you’re just hooking up, or are in the initial phase, keep it on the down-low. If you really connect with someone, that is more long-term. The workplace is temporary. Tomorrow you may be in a different company but you may have missed out on your soulmate because he worked where you did!