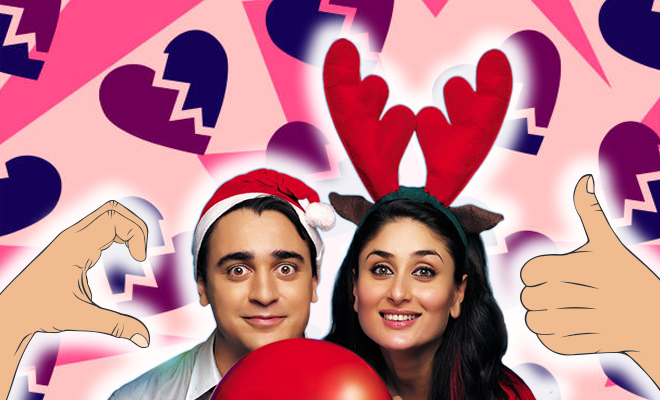 So he’s been your friend forever. But now, something’s changed and he’s acting all weird. And you can’t tell if it’s the bad food you had last week at a restaurant you’d recommended or something else, but you sense a shift in energies. You haven’t put your finger on it yet, but if he’s been doling out attention by the bucket loads, maybe your friend wants things to be more than platonic. You, however, feel more strongly about your house plant than him, at least romantically. This is one of the most complicated situations you’ll find yourself in. It may sound like a first world problem, especially if his is the heart on the line, but it is seriously tough! I mean, this is the person you held dearly as a friend and still do. You care for him. Your friendship is at stake, and you’re loaded with guilt because you will have to do the heart breaking! At some point, all of us have been heartbroken and we know how painful it is to not be loved back. How do you handle a situation when your friend likes you, but you don’t have romantic feelings for him? Here’s how!

Sometimes, what we don’t see is that the type of guys we have been going for aren’t actually good for us. Which is probably why things never worked out. With your friend, you already know you’re compatible, generally speaking. So who knows, if you two went out on a date, it would be fun. Reflect on whether you’d like to give this a shot at all. One date won’t hurt and he will know you at least tried. To check if you have sexual chemistry with him, read this! However, if you just don’t feel the vibe then it’s better to leave it at that.

Once you have figured that this is not what you want, be careful about your behaviour. When someone really likes you, they can perceive your closeness to mean something more, because they really want to see it that way. So refrain from doing anything that can give them the wrong hints – like talking for hours on call all night or asking them to be your date for a friend’s wedding.

3) Be kind but clear

If roles were switched, how would you like to be treated? You would prefer him telling you honestly that there is no scope of this happening instead of giving you false hopes. But at the same time, it can be really hurtful if your crush makes you feel small and unlikeable. So tell him nicely that he is a great guy but you have no romantic feelings. However, you enjoy having him as a friend in your life. Gently direct him back to friendzone.

Know that he needs space to move on from his crush on you. He can’t do that while talking to you 24/7. Don’t see it selfishly and crib about him having changed post the revelation you just made. Let him take his time. If he chooses to return to the friendship, it’s great. If not, respect his choice and accept it, without deeming him a horrible person.

ALSO READ: 5 Zodiac Signs That Are The Most Difficult To Impress

5) Don’t gossip about it

There is a possibility that your conversations reach him through mutual connections, and it would be the worst blow to your friendship. In fact, even if it doesn’t reach him, why disrespect his genuine feelings for you? You don’t want to lose out on a great friendship just because you wanted to tell someone he’s interested in you.

5 Things Every Guy Wishes You Knew About Sex