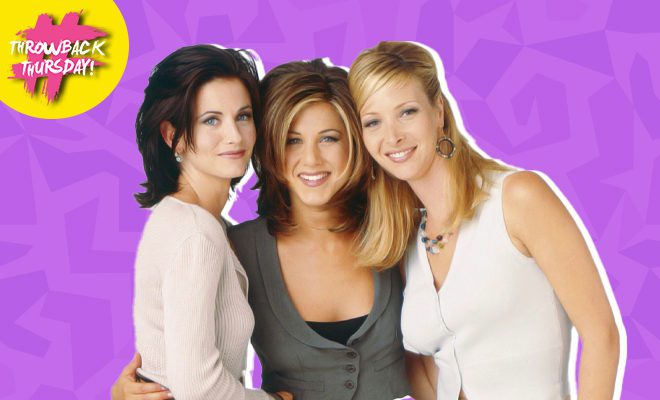 Throwback Thursday: 5 Times Women Of Friends Were Feminists And Years Later, We Can All Learn From Them

Friends has existed almost always since I was little, it’s like been right there, omnipresent throughout my life – it’s just that I was oblivious to it earlier. I remember when I was 15, so many of my friends would talk about the DVD collection they own of the series, how the binge-watch it, and of course, peer pressure me into watching it. Never being the kind to get into peer pressure, I didn’t watch it until I had several afternoons to laze around. And there it was, on television. Soon, I remember falling in love with the show and being excited about the weekends because they’d have an afternoon of Friends on the TV. I didn’t think of it being feminist or not back then.

When pandemic struck our lives – and thank God for OTT platforms – Friends has never stopped trending in India as all of us sought solace in the familiarity of the show. It feels comforting like a warm cup of coffee, on a rainy day. In fact, watching the show after having grown up, we understand that there is a lot wrong with the show. It’s full of stereotypes, and boosts of an-all white cast. But we still can’t stop loving the show. It’s problematic but at least I justify it by saying the characters are from a time and culture when wokeness wasn’t as woke as it is today.

And yet, if you pay attention, Friends was feminist too in several ways, on several occasions. The women were not settling with gender stereotypes. Monica, Rachel and Phoebe were hustling to make it in New York City on their own, seeking financial independence over anything else. They often called out the boys for sexism and stood up for each other.

With the Friends reunion here, I can’t help but be squealing in joy. We’ve waited for this, for several years! Here’s remembering the 5 times Monica, Rachel and Phoebe were feminists!

Do you remember the time when Joey ends up taking a nap in Rachel’s room and finds her erotica? When she returns home, he tries to embarrass her but well, she schools him instead for his lack of understanding of female sexuality. Rachel tells Joey, “I’m not ashamed of my book. There’s nothing with a woman enjoying a little…erotica. It’s just a healthy expression of female sexuality, which by the way, you will never understand.”

“No uterus, no opinion” was a perfect feminist reply to Ross pretending to know what pregnancy and contractions can feel like. When he says most women don’t even feel them, she shuts him up with this statement, which honestly, a lot of men don’t understand even today.

Remember the episode when Ross finds Ben with a Barbie and he gets super offended because he is not playing a typical boys toy? He questions Carol and Susan and they tell him he picked it up himself. They call him out for trying to reinforce gender stereotypes on his son. Best part? When Monica narrates about Ross’s tea party dress up games as a kid! Cherry on the cake!

Phoebe normalised saying a firm no without even having to justify it. We can learn from her that not wanting to do something is reason enough and no further persuasion is entertained. “Hey, do you want to Netflix and chill this Friday?” “I wish I could but I don’t want to!”

ALSO READ: Friends Is An Old Show And Yet, We’re All Watching It During The Lockdown. Here’s Why The Show Is Still Relatable