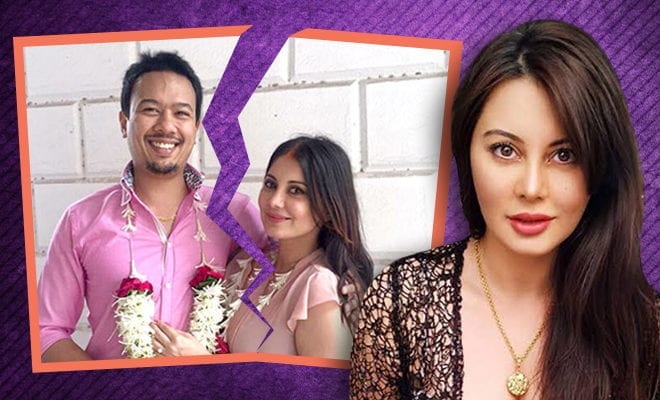 When I broke up with my ex, he blamed for leaving the relationship even though I had told him earlier I was looking for something long-term. He was aware that he became toxic, treated me and our relationship badly – but he felt entitled to my presence despite all that. I was not obliged to stay. And I didn’t. Of course, I am a villain in his story now but actions have consequences and that’s we must take care of things if we want them to last. Minissha Lamba recently opened up about her divorce from husband Ryan Tham, after being married for five years. She emphasised that walking out of a toxic relationship is difficult but important nevertheless.

The Bhoomi actress said in an interview that divorce is often stigmatised in our society but now times are changing. Women are becoming more confident to walk out of toxic marriages and refusing to let the tag of ‘divorcee’ mean anything to them. “Earlier, only women were responsible to bear the burden of a relationship. They had the sole responsibility for all the sacrifices (required). But now, they have understood that they have the right to walk out if they are not happy in the marriage,” Minissha Lamba expressed.

When it comes to daughters, many parents have set certain milestones that we must cross – most of them domestic. Getting married and making babies are two things our society attempts to prioritise in our lives for us. But women are much more than caregivers and supporters. Relationships are important but our lives are much more than them.

“I would like to add that relationship or marriage can be an important part of your life but it cannot be your complete life. Unfortunately, women are recognised by their relationships and marital status. However, things are now changing,” Minissha Lamba explained.

ALSO READ: Dia Mirza Was Asked Why She Kept Her Pregnancy A Secret Before Marriage. Why Does It Matter?

However, she added that her separation hasn’t made her bitter towards love.  Last year when she announced her divorce, she had said that they had “parted ways amicably”. She had informed that the legal separation had been done.

Here’s hoping we can all learn from her. Love and all that is great but women tend to forget our individual dreams, aspirations and desires. Life is also about those – achieving what you desire, learning, growing, doing what you love, and protecting the spark in you with utmost fierceness!

ALSO READ: Neena Gupta Shares She’d Rather Have Her Daughter Have A Live-in Than Marriage. Dear Parents, Are You Listening?