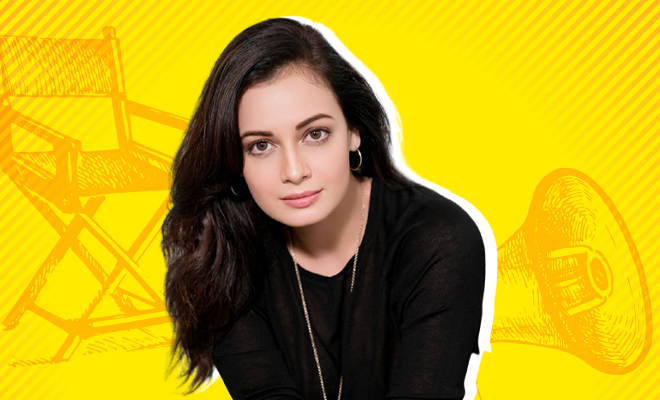 We have grown up believing that there is a predetermined timeline to life events that we must abide by. Graduation by the time you are 21, scoring a job and thriving in it for a couple of years after that, marriage before you turn 25 and then have kids who you should teach the same shiz and pass down this toxic culture to. Celebrities break these stereotypes all the time and get trolled by some petty-minded people along the way. Case in point, Dia Mirza who married Vaibhav Rekhi at the age of 39 and recently announced through an Instagram post that the couple is expecting their first child together. Which was a shocker for the online moral police.

As soon as the actress posted a picture of her baby bump on her social media, people online started assuming that pregnancy was the reason behind their marriage. Not only that, she was mercilessly trolled by the moral police who got offended that she, an adult, was having a child out of wedlock.

Also Read: Dia Mirza Says Looking Too Good Can Also Be A Disadvantage For An Actor, And Her Reason Makes Sense!

However, there were also some people who didn’t think it was a big deal but nonetheless questioned her for keeping it a secret. A user asked in the comments, “That’s so good, congrats. But the problem is, she tried to break the stereotypes with woman priest, why couldn’t she announce her pregnancy before the marriage? Isn’t becoming pregnant after marriage a stereotype we follow? Why can’t women get pregnant before marriage?”

To this, Dia Mirza replied clarifying that she didn’t get married because she was pregnant and resisted from breaking the news until she was sure things were fine, medically. She wrote, “Interesting question. Firstly, we didn’t marry because we were having a baby together. We were already marrying as we wanted to spend our lives together. We discovered we were going to have a baby while we were planning our wedding. So this marriage is not the result of pregnancy. We didn’t announce the pregnancy until we knew its safe (medical reasons).”

She also added, “This is the happiest news of my life. I’ve waited for many many years for this to happen. No way I would hide it for any reason other than medical. Only answering this because: 1) Having a child is a beautiful gift of life 2) There must never be any shame attached to this beautiful journey 3) As women we must always exercise our choice 4) Whether we choose to be single and parent a child or be in a marriage it is after all our choice 5) As a society we must un stereotype our idea of what is right or wrong, instead of training ourselves to ask what is fair or unfair.”

So, yeah Dia Mirza didn’t decide to get married because she found out that she was pregnant, but got the good news along the way. And even if she was tying the knot for this reason, or had decided to raise the kid without ever marrying, how does that make it anyone’s business? The fact that she kept it a secret was also her personal choice and targeting her for her decisions is just uncool. So, can we stop questioning women for everything they do and don’t do? That’d be great!

Also Read: Dia Mirza Had A Woman Priest For Her Wedding And We Love How She’s Smashing Patriarchy