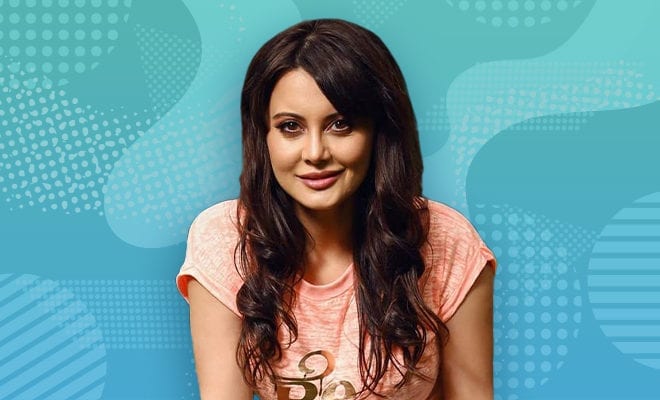 Minissha Lamba Said Life Doesn’t Stop With A Breakup. Love Happens Again, If We Allow It To

I don’t need to spell it out for you because I am sure all of us have come across at least one love interest who says they are too broken to love again. They fear love and commitment because someone, maybe even years ago, broke their heart. Maybe it was unrequited love, maybe they got cheated on or maybe the relationship didn’t work out. But how do we as humans call ourselves of superior intellect if we can’t learn to heal? Minissha Lamba is a woman who doesn’t believe in becoming bitter due to a failed marriage with ex Ryan Tham and that’s really the way to go!

They got married back in 2015 and five years later, got divorced in 2020. Minissha Lamba said it was an amicable decision and none of them are holding any grudges. And while, many people let divorces affect them as they resist opening themselves to healing, Minissha decided to allow love back in her life. “Currently, I’m in a happy relationship with a lovely person,” she said in an interview.

Minissha Lamba pointed out that life doesn’t end with a relationship or marriage. Love doesn’t happen just once; if you allow, it will happen again! “I would like to emphasise that the end of a relationship or marriage is not the end of life. You will have another chance to love, be loved, and will be able to brush the past aside. The only reason I’m now talking about it is to help people stuck in similar situations and to show that things will get better,” the Yahaan actress explained.

ALSO READ: Neena Gupta Shares She’d Rather Have Her Daughter Have A Live-in Than Marriage. Dear Parents, Are You Listening?

That’s the thing about our emotions, right? We feel this is it, now we can’t love again, not so strongly. But the only thing standing between us and love is our own fears – of getting hurt again. However, if you learn how to heal, falling in love won’t scare you. Someone who knows how to swim isn’t scared of jumping into the pool!

And it all begins with forgiving them and yourself. “Often, two people are better off not living together and there’s no one who did wrong or is to be blamed in those circumstances. Some things are too private to talk about as it would be disrespectful to the other individual,” she said.