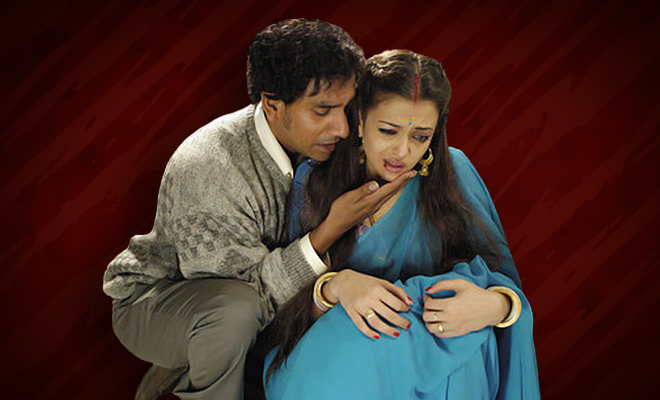 How To Identify Sexual Coercion In Romantic Relationships

I don’t know why but my brain tries to remember the selective bits of my ex; maybe that’s a coping mechanism. Oh, he was my best friend. I remember the bits when we sat by the waterfront and shared our innermost secrets and emotional vulnerability with each other. I remember how he was so caring and protective of me. Oh, I very well remember how he was always there for me, how his family was so much fun and how his cousins treated me like one of their own. He was funny and fun! Even our makeout sessions were generally pretty good! So what are the bits that I refuse to acknowledge? The bits where he subjected me to sexual coercion.

As defined by the U.S. Department of Health and Human Services Office of Women’s Health, “Sexual coercion is unwanted sexual activity that happens when you are pressured, tricked, threatened, or forced in a nonphysical way.” More often than not, women don’t even know that they are becoming a victim and many men don’t understand the depth of it.

This one night, my ex and I had gone out and it was fairly decent. But during those days, there was a lot of tension brewing between us due to a plenty of discrepancies in his statements. I knew he was not being honest with me and my first guess was to assume he was sleeping around. He would disappear for hours. He kept getting broke every now and then, and I thought he was spending all that money on going out with the other girl. So that night, as he anticipated we’d get it on, I just didn’t feel like letting his lips touch mine. And then the drama started. He acted like a child crying because his mom took away his favourite toy. He weeped and howled and I asked him what happened. He admitted to substance abuse and how his life had been coming crashing down on him. I consoled him, told him I’d help him quit and then let him make out with me because I feared his mental health would crash again. I didn’t want it and it didn’t feel right. I resented him for that. But I was too young and naïve to see it as sexual coercion.

Another ex of mine had certain fetishes I wasn’t comfortable with. But each time, we’d make out, he insisted I participate in those twisted fetishes that really killed my libido. I gave in, half-heartedly for a few seconds and then I put my foot down. This time I was older and wiser. I was woke, and realised that if I am not comfortable with a sexual act, a guy must not “insist”. That permanently killed my sexual desire and romantic feelings for him.

The point being, sexual coercion can happen to anyone, even if you feel your boyfriend or husband is amazing otherwise. Here’s how you can identify it, and stop it.

Saying no to sex with him means he will insist, plead, get upset or use any means of emotional manipulation to get you to say yes. He will plead till you just give in and let him have his way with you. That is sexual coercion.

You know, sometimes, you are unsure of what you want. Say, you are on a date with a guy you like. He is handsome and you find him attractive. Maybe you’d do it with him at some point. But he makes a move and catches you off-guard. He asks you if you wanna do it and you say you are not sure. So since you didn’t say a no, he takes it as a yes and goes on to touch you. And in that moment, you’ve lost your window to make a choice because he has already made that for you. Again, sexual coercion.

Whether he is your boss, or a partner, he intimidates you into having sex with him. You don’t know how to say no and he takes advantage of that. Put your foot down and say no until it’s a yes for sure.

ALSO READ:A Swimming Coach In Goa Gets Caught For Molesting A 15-Year Old Student. What Has The World Really Come To?

Many people don’t know what sexual coercion is and how it’s impacting relationships. Men and women are never taught consent. Women are often not sure of how to say no because we are taught to be ‘yes people’. But the thing is, when something feels uncomfy, remember you don’t owe it to anyone. Choose what feels right for you.