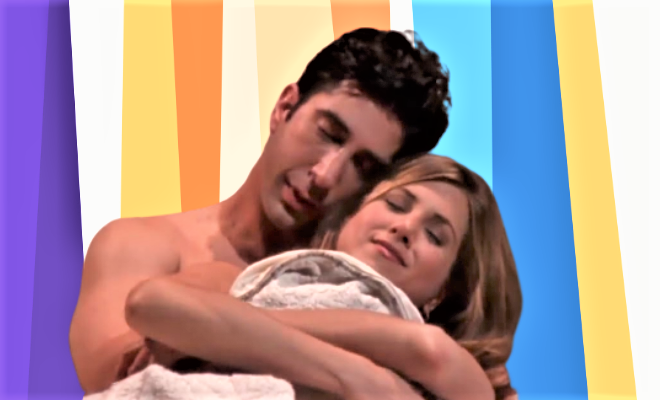 How Do Couples Cuddle And Sleep All Night? PS: They Don’t

For me, when I cuddle and sleep in his arms, it feels like that long shower after an exhilarating run. It feels like that first dip in the pool in summers, and if I may, the immense satisfaction I feel when I take my bra off at the end of the day. It’s just so relaxing and warm as I shrink in his embrace, falling deep into slumber within no time. And hours later when I wake up to find my head still resting on his shoulder, my body still cushioned by his arms, I wonder whether he comes to bed, mentally prepared to let go of his arm for the night.

I always ask him, doesn’t your arm go numb? Are you comfortable falling asleep in that position? Usually, he is, however, he did admit to doing Ross’s hug and roll move once. So when I stumbled upon a Reddit thread addressed to the men who like to spoon their women, my curiosity was piqued. The user asked, “Men of Reddit, seriously, how do you (spoon) hug your significant other the whole night without your hand getting numb after 5 minutes?”

Most men were just like they have to roll over. “I fall asleep next to her and then when I’m uncomfortable, sleeping me decides to rip my arm out from under her, like it’s starting a lawn mower,” a user wrote.

Some men said they start with cuddling but then they mutually get in their comfy sleep positions, maintaining just a little contact. “Yep, start with the cuddling/spooning, then get in whatever positions you need to be in to actually sleep, but keep some parts touching (feet, butts, whatever). Re-spoon completely again in the morning,” he wrote. Sometimes, I am in the mood to sleep in my natural position, you know the way I sleep at home – on my side, my butt pushed behind and an arm around my pillow. So I just turn around, do my thing, and he spoons me or it’s just our butts or feet touching, when I need even more space.

But still, how do you do it all night? Some men just get in bed, it’s time to cuddle and a little discomfort will happen. “Sometimes you have to let things go. Here it is your arm,” a guy wrote.

In fact, women too said that cuddling all night isn’t feasible, if they want a good sleep. “As a woman I appreciate this so much. I cuddle for a few minutes after going to bed and then I’m like OKAY COOL and go to my own side. One guy actually thanked me for this. I like the contact but I can get the same feeling through an occasional foot or hand touch and I don’t fall asleep easily so I don’t want to disturb another person while I wiggle around trying to sleep,” she wrote. And OMG, I could relate! Has it ever happened to you that you’re not very sleepy and he is holding you, and you’re just like, okay, how do I not move? Because if you constantly fidget, his sleep will be disturbed but being awake and not moving is so damn difficult! When I am very sleepy, it’s easier to cuddle all night because like we pass out within minutes.

Another guy said that they actually cuddle and later fall asleep with her being the big spoon. “For me it is just cuddling a bit and then I turn away and she is the big spoon. She actually prefers it and I love the feeling of being spooned by this wonderful woman. Then it is basically a matter of 3 minutes until we are both knocked out,” he wrote. Well, as long as it works for you.

So is there no way we can cuddle, comfortably all night? “I’ve been married for 17 years and spoon every night. Here’s my technique: Right arm draped over shoulder. Left arm bent and under my pillow. Head a few inches back so my beard doesn’t get caught in her hair. Whisper sweet nothings to her as I fall asleep,” a guy shared his trick.

ALSO READ: 7 Signs He Finds Comfort And Solace In Your Affection

Another guy said that it is actually possible and it really depends on your position of cuddling. “Dont know how but one night i was spooning her the whole night without a break we didn’t move a muscle. Normally when we spoon my arm goes numb in like 15 – 20 minutes. I guess the rotation and position of the arm also matters. If there isnt pressure on any vein i guess your hand wont go numb so he may try that,” he wrote.

Guess what? That is indeed correct. We have been able to cuddle all night and his arm doesn’t die and yes it all depends on the position. When I sleep on his shoulder, it’s all good. But when I sleep over his arm, it becomes numb and that’s when he tells me the same. Also, it kinda helps if he places his hand under your neck because that way, there isn’t a lot of pressure. But it is completely okay to drift away and cuddle again or not. Couples who have slept together long enough, end up finding the best sleeping position that allows for some physical contact. It shows you are secure and just a little touch is enough.

ALSO READ: Here’s Why More Than Sex, I Want To Kiss Endlessly, Cuddle And Sleep In His Arms