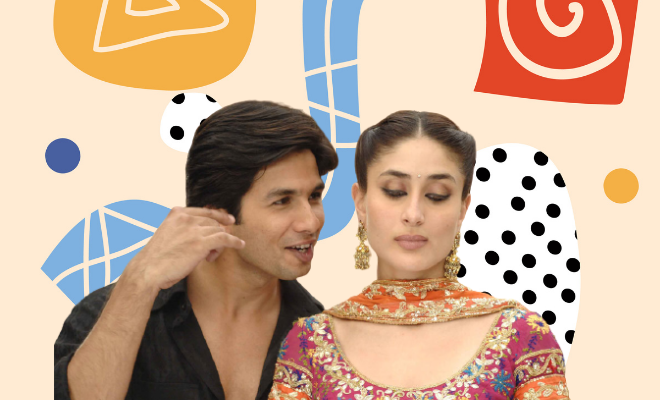 Does He Like You? Pay Attention To The Effort He Is Putting In You

The thing is when I am falling for someone who likes me but not quite, it doesn’t seem very evident to me. Why? Because I want the universe to tell me that he wants me. I want his toes to point towards me in a group so all those articles I read on love body language can tell me he likes me. I want to believe that the little effort he puts in being connected with me means something. It’s only until I have fallen head over heels for him, misreading his level of involvement that I realise that it was quite obvious. You know, how in 500 Days of Summer he misread all the signs.

But when you start pre-dating someone who actually wants you, you will realise that woah, this is how it’s gotta be. Or you could do a comparative analysis with the time you met your exes and they didn’t seem like nightmares. If you pay attention, there’s a huge difference between the effort a guy puts in when he wants to be with you or is smitten by you and if his liking towards you is just lukewarm.

His effort shows whether he likes you enough

Just the other day, a dear friend of mine called me with a pressing dating question. She said she met a guy on a dating app and they’ve been talking quite a lot. She seemed to be quite smitten by his sense of humour, essentially because in comparison with the dimwits she met online, his charm was soaring high. Is he actually so amazingly good? Can’t tell for sure but I don’t think so. Anyhoo, he is travelling and hasn’t texted her at all an entire week.

Now she is confused if she should try to connect with him. I told her that ideally, he should have taken a few minutes out from his schedule to drop in a text. Considering it’s a fairly new connection and she doesn’t know where she stands and what would be taken as invasion of space, she would not want to push it. But here’s the thing. If his feelings weren’t lukewarm for her, he would take some time out.

Call it self-preservation but I am really not up for falling first for a guy whose affection seems dicey to me. And how will I judge the level of his interest in me? From nothing else but the effort he puts in me.

Prioritising you will not be an “inconvenience” for him

Addressing the statement, a guy wrote on Quora, “In my life, i have dated different types of girls, whenever a relationship would ended, i would hardly be sad because there is so many girls in the world. why would i bother to fight to have a girl? Right!”

He further went on to describe how he wasn’t giving his 100 % in his relationships because possibly he didn’t like them enough. Losing them wasn’t a big deal until he dated one girl that he truly fell for. They were in a long-distance relationship but broke up and he felt shattered. “Right now, im doing whatever i can to be with her physically, so im about to change continent for her. Luckily she told me that she still loves me. I hardly recognise myself, i am doing all that i can to be with one girl. So to finally answer your question. YES i believe that if a guy really like a girl, he would do whatever it takes to be with her,” he wrote.

Another user wrote, “He will put time and effort to keep in touch? Yes. He will be honest if he’s busy because he values the connection and hopes she’s patient until he sorts things out? Yes. He will invest time, money to travel to another country to meet her and make it easier for her? Yes. He will keep in touch, texting, phone? Yes. He will be empathatic to her needs, wants and if she is busy and she explains why, and still communicates once a week at least? Yes.”

This is how it should be. So just because he texts you once in a while and has witty conversations with you, it doesn’t mean he is putting the effort in building a bond with you. What you truly need to understand is the difference between the bare minimum and the real thing. And what does self-preservation mean? It means to refuse to get delusional about a guy’s lukewarm interest towards you and fall head first in love with him. Take it slow and gauge how much of an investment he is making in you.

It’s Important To Meet Him Half-Way

The thing is women have been told since forever to “play hard to get” and I don’t understand this bullshit. Why should we have to put on an act? What are we, a piece of carrot dangling in front of a rabbit? Anyway, real men don’t need these bullshit mind games.

It’s not fair to jerkbait a guy and expecting him to cross oceans for you while you sit by the beach, watching away the sunset sky. If you see that things are flowing in an organic manner, you will not have to think about whether he likes you. It will be evident in his behaviour. And a man like that deserves equal effort from you.

Also, it’s important that your expectation of “efforts” is a realistic one. “Most men are cognizant of and respect boundaries, and will be hesitant to make any effort that exceeds those boundaries. They might be willing to make any effort inside of those boundaries, but will refuse to exceed them,” a user wrote. He added it could be his insecurities stopping him from expressing his affection and interest, “Some men have deep seated insecurities that convince them, without a shadow of a doubt, that the girl they are interested in doesn’t share the same feelings. This is especially true if the girl they are interested in did not or does not communicate her interest explicitly, or if she sent mixed signals.”

ALSO READ:Men Reveal The Things That Blow Their Mind In Sex

He concluded, “Most men want a relationship that is mutually satisfying. A one sided relationship with a partner that drains their energy but never returns the favor will not work, regardless of how much the man wants it to work.”

If a man puts the effort, why not meet him halfway? And if he doesn’t, you anyway have your answer.

ALSO READ:This Is How You Will Know When You Find ‘The One’