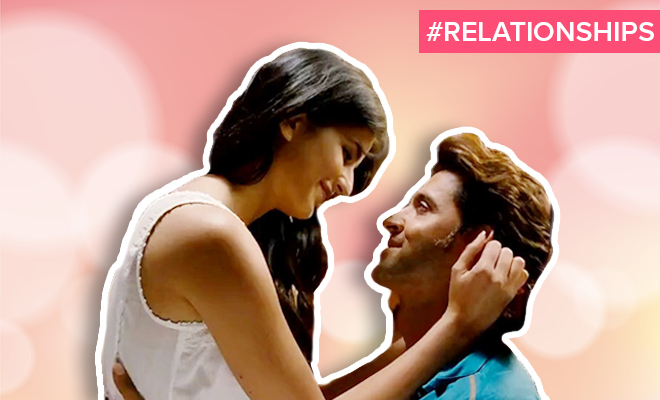 7 Signs He Finds Comfort And Solace In Your Affection

Are affectionate people those who themselves seek affection? Because turns out I have this big need for lots of affection and I also enjoy giving some. I am a very tactile person and express love with a lot of touching. Now, I may be someone who is true to the stereotypical perception that women are nurturers but honestly, I don’t know if my gender has anything to do with it. Yes, I am a caring person and I have a nurturing side that loves providing comfort to people but it doesn’t mean my man doesn’t need to be a nurturer. I love being cared for as much as I love caring. So I guess for most of us, it is a two-way street.

Now, as much as women like being the smaller spoon, we enjoy sitting on bae’s lap and him wrapping his arm around us as we sleep on his chest. I like it when he pulls me closer and hugs me from behind. But ladies, men love all that affection too. He may be bigger than you but he likes to be cuddled as well. He too likes to bury his head in your chest and feel the tranquility of being held by someone he loves.

Honestly, as a fellow affection-giver, I would say what is truly satisfying about it is knowing that all that love is making bae happy. It is knowing that you have the power to heal his heart, be the cool shade on a hot summer day, and a warm blanket when the cold winds blow is what makes it even more worth it. So how do you know if your affection really soothes him like his gives you solace? Here are signs that he could be a sucker for your hugs and kisses.

1) He places his head on your lap

He lays on your lap when his heart seeks comfort and he knows that you’d give him that. He trusts you enough to be vulnerable with you. And I bet at that moment, your fingers just naturally reach for his hair and he has the most carefree look on his face.

It’s almost like nothing can make him angry. He looks calmer than when you had met him initially and there’s a vibe of just being content. Even if something upsets him, before he has the chance to delve deeper, he is distracted by the calmness your presence brings in his life. He’d rather be kissing you than worrying about something irrelevant.

3) His eyes close each time you kiss his face

When you keep your hands on his cheeks and then move your fingers on his forehead, he closes his eyes to absorb all that in. And each time you plant a kiss on his face, he takes a deep breath and lets you know without words, how your affection is precious to him.

And when he opens his eyes and traces your face with the most sincere look on his face, you feel like wrapping your heart in a pretty sheet and handing it over to him. How can you see a storm and serenity at the same time, in the same pair of eyes? But when he kisses you passionately, the question doesn’t seem very important.

5) He gives you the warmest hugs

When he hugs you, it feels like your souls are greeting each other after having been away for months. Even if he embraced you just a few minutes ago, his hugs say ‘I missed you’ as he squeezes you and holds you tight. Oh boy, hugs like these are everything.

And sometimes, when you pass out in his arms, he doesn’t even move because he doesn’t want to wake you. He loves to cuddle you and if he has ever said, ‘I could do this forever’ he deserves machine gun kisses for being the cutest!

7) He can sleep within minutes in your arms

What do we need to fall asleep like a cat? We need peace. And he finds that in you as much as you find it in him. When you hold him and brush his hair, it takes him two minutes to fall asleep. Somehow, just sleeping next to each other is so relaxing. You know at that point when you drift a little away to like really spread your wings and sleep, it’s still so so peaceful.

ALSO READ:5 Reasons We Should Hug More Often And Be More Affectionate. Science Says It Makes You Happy