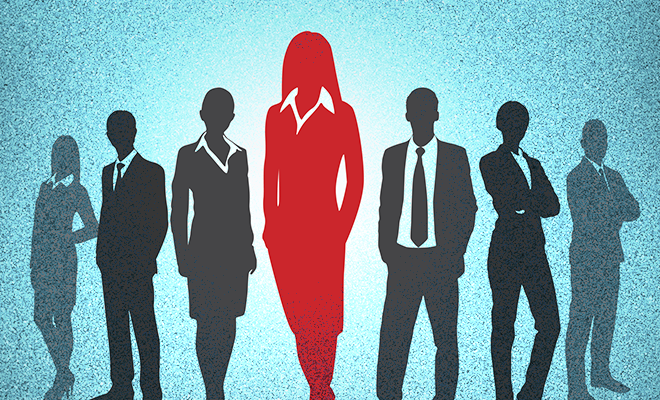 Women Are Mere Tokens In The Boardroom. Indian Companies Are Exploiting The Law That Requires Every Listed Company Have At Least One Female Board Member.

I can’t stress on this enough, I am so glad I don’t work in a field where women treated as the lesser sex. I don’t know how I would react if a man misbehaved with me at work or I was rejected for a promotion just because I was a woman. Actually, I do know, I would be irate and walk out but that doesn’t mean it would become all better. Women every day are losing out on amazing opportunities to grow in their careers because a few men can’t handle a woman on top (pun intended). In fact, in the news recently was a story about women not being given commanding positions in the military because men’s fragile egos cannot handle it. Of course, the women challenged it, as they should. Despite the many leaps in the field of equality, there are quite a few stumbles as well. If you thought that workspaces are more inclusive now than ever before, think again.

Can you imagine being passed over for a project you are perfectly qualified for just because you aren’t an all-powerful man or another man related to one? This is someone’s reality guys and it is not fair. In 2013, India’s Companies Act enacted a law that states that there must be at least one woman on the board of all listed companies. Now, on paper, it sounds like a good deal, right? At least this way, even it is a mandate at least women have a voice at the table. In reality, it is a complete mess because leave it to business-minded Indian men to go through every loophole just to avoid having a woman on the board of directors. It hurts their ego so, that they will go to any lengths to have a deserving candidate giving orders.

Let’s get something clear, the reason this law was enacted was not to bring a feminine presence into the boardroom but as a way to rectify the exclusion of capable women from holding a seat at the table. As I am sure you’ll can guess, this reservation came into effect since board members (who are full of testosterone) neglected to include qualified women at all. When asked, the answer they gave was “we would love to, but we can’t find any”. It seems like a classic cop-out to me.

Also Read: Kirthiga Reddy Joins The Board At WeWork. She’s Shattering Glass Ceilings And Paving A Way For Women Everywhere. You Go Girl!

Now normally we would think that since the law is in place and the fine for not following through is skyrocketing (In 2015, SEBI charged 530 companies Rs 142,000 and an additional Rs 5,000 every day for not following this quota) things will be better, right? The joke’s on you since according to statistics women only comprise of 14% of board directors. Though it is a huge leap considering the stats 5 years ago, it still means that 86% of board members are still predominantly men. Fair? Not by a long shot.

Keep It An All Boys’ Club

All this is making me wonder how it’s possible that despite the law and the jump in numbers, how is there no effect of it whatsoever. So, I dug further and found that a lot of companies hire women who are below 30 years of age, have minimal qualifications and no actual business experience as proxy. Obviously, the boards of a few companies opt for this method to keep the majority power within their “all men’s club”. They would rather have an under-qualified woman as a director whose priority is not to give their opinions and make a change, but to just fit in. But, giving the position to a woman who is qualified enough and capable of taking charge, men are insecure, this might upset the apple cart, titling the voice in the woman’s favour, so they avoid qualified women, using this as an excuse to walk all over them.

In the boardroom, this would mean that the women often lack a voice, they don’t field confident in their job role anyway. What a sneaky tactic.

Also Read: In Tamil Nadu, Young Girls Are Lured Into Working At Mills Under Questionable Conditions. Asking “What’s In My Clothes”? Is The Need Of The Hour

Keep it in the family

Another reason that reports say cause this, is that companies often hire women from the families of other board members of promoters to be the director. This again is a way of fooling people into thinking the company is inclusive and diverse when in reality they are trying to keep it in the family, and thereby completely centralise control. It stands to reason that those women are not going to stand up to the men in power and actually have a voice. There are women out there working to their bones to just earn a spot at the table. In no way is that good business sense. Instead of doing all this jugaad, if they would just let qualified women at the table everyone’s lives would be so much easier.

At this moment, an inclusive work environment just seems like a distant, extremely idealistic dream. I mean, if you don’t let a woman on the board if she lacks skills or doesn’t match any of the requirements, that is fine. But, being a “man” is not a pre-requisite for getting appointed a director.

The law needs to be strengthened, boys need to be educated and a structure of guidelines of what exactly “inclusivity” means needs to be framed if we want women to stand a chance. What is going on is not fair and as usual, we at Hauterfly are raising our voices against this.