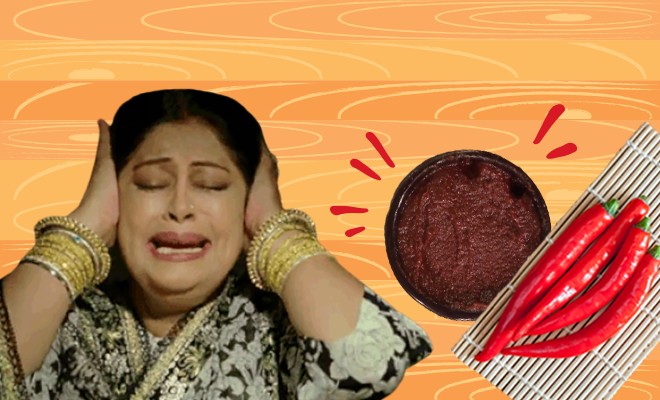 Woman Surprises Her Husband With His Mom’s Food, Made 10 Years Ago, Before She Died! Wait, What?

When I think about what my mother shall pass down on me, from her antique collection of stamps, to her jewellery, to her impeccably kept sarees, one thing that she is the most excited to pass down are her cooking skills. A chef herself, my mother finds her passion and her profession in cooking and boy am I lucky for it. So, when I go to do my thing and find my place in the work, the one thing that I think I might miss the most is my mother’s hand cooked food or as we Indians emotionally call it, maa ke haath ka khana. And while that might be a craving that can be satiated when your mom is around, what about when she’s not?  A loving wife was able to fulfil her husband’s craving for his mom’s food after the wife served her husband food cooked by his mother 10 years ago before she died! Confused? Read up.

Thanks to the proactiveness of this man’s wife, she preserved a batch of his mother’s “gochujang”, probably saving it for a special date night, she made use of it to surprise her husband in the most unexpected and thoughtful way possible!

Sharing the incident on Twitter, was Eric Kim, a food writer whose mother was the one preserving the recipe. He also shared a picture of a jar of Gochujang- which is ideally a Korean fermented red chilli paste, he wrote “This is a batch of gochujang my grandmother made before she passed away 10 yrs ago. My mom calls it a time capsule. She’s kept it in the basement freezer all these years and wanted to surprise my dad with it one day. So one day, a few weeks ago, my mom brought it out for dinner.”

Also Read : Video Of This Drunk Woman Getting Lost In A Mexican Jungle While Riding A Horse Is The Funniest Thing You’ll See Today!

This is a batch of gochujang my grandmother made before she passed away 10 yrs ago. My mom calls it a time capsule. She’s kept it in the basement freezer all these years and wanted to surprise my dad with it one day. So one day, a few weeks ago, my mom brought it out for dinner. pic.twitter.com/7Vukdwnw8a

When Eric’s father finally took a bite of the food, that was actually the food made by his late mother, although he didn’t cry, his eyes were full with nostalgia and surprise. Eric shared another post on Twitter where he wrote, “Most of all, he noted what a strange sensation it is to taste something he thought he would never have again. Grandma’s gochujang is less sweet than store-bought & tastes good rubbed into barley rice. Or as a dipping sauce for roast chicken. I just can’t believe it’s 10 yrs old.”

Neither can we! Absolutely stunned and overwhelmed by the thought and sentiment that would’ve gone behind preserving the food and then serving it up like this, we think it was a truly loving gesture. And a genius one no less. Meanwhile, Eric who had kept the thread going, ended the dialogue by writing, “What’s the oldest thing in your freezer?” The post that had gone viral had some of the most interesting replies, making us wonder, what our answer to that might be! And guess, an old bottle of Mayo would be the winner of my fridge, how about you?

Also Read : This Family Sent All Their Wedding Guests Food So That They Could Eat While Watching The Wedding Online. How Creative Is This?