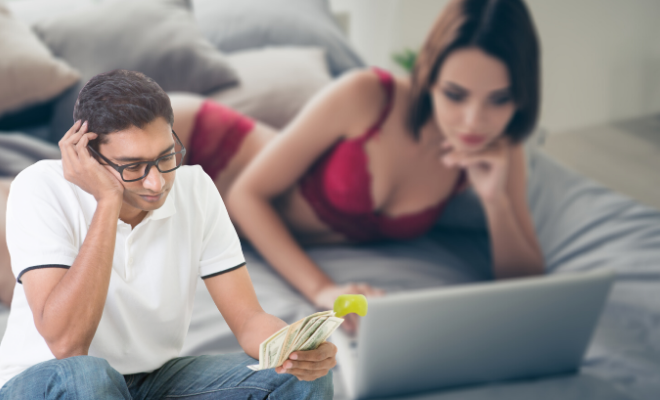 At some point or another, we have all used dating apps. While I am all for meeting new people, dating apps come with a major risk factor. You have no idea who is on the other end of that conversation and people end up making humungous mistakes. Like this man, for instance, who was duped out of 16 lakh by a woman he met online. Yikes.

The women, who introduced herself as Shwetha, asked this man to transfer Rs 2000 to a phone number through a digital wallet. That number allegedly belonged to a woman named Nikitha. Here’s where all the complications began.

On 3rd December, Nikitha video called the man and started posing naked in front of him. This video call was recorded and then used to blackmail the victim. TOI reported that two other women, identified as Preeti Agarwal and Sherin, threatened to upload the clip if he did not pay the money.

Also Read: This Woman Conned Her Boyfriend’s Ex-Girlfriend Out Of 1.3 Crores By Threatening To Leak Her Photos. This Is Horrible

Woman lures man into nude video call on dating app, dupes him of Rs 16 lakh on pretext of uploading clip.https://t.co/IWFpPEdFnj

Needless to say, the man had no way out. He fell prey to this trap and ended up paying Rs 16 lakh through Google Pay and Phone Pe. He then approached the police but no arrests have been made.

The thing is, women have it worse and that’s true. But there are times when honey traps are laid like in this case and men are blackmailed into paying up. Unfortunately, these times mean that phones are always accessible and that means that you don’t know what is being recorded when. We all need to be a little more careful.

We live a digital world and that, though makes our life easier, is very dangerous. We have to extremely careful about the people we meet and befriend online. And this applies to men and women.

A Woman Was Conned Out Of Rs 7 Lakh By A Guy She Met On A Matrimonial Website. We Need To Be More Careful Online