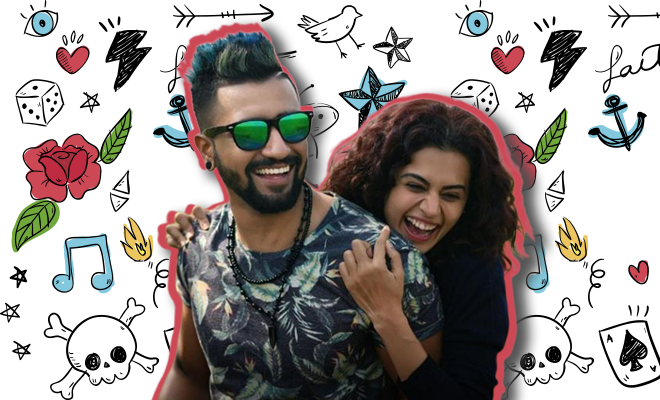 Vicky Kaushal Revealed That No One Has Ever Cheated On Him In His Real-Life Relationships. We Can Believe It

There’s no two ways about it. Vicky Kaushal is the current heartthrob of the country. His movies like Love Per Square Foot, Raazi, Manmarziyaan and Uri: the Surgical Strike have all been hits and we have been crushing on him really hard. From uploading steamy pictures from his shoots to posting candid pictures of him eating an ice cream, Vicky Kaushal has officially earned the title of being the most desirable man of Bollywood. Vicky Kaushal was recently seen in Arijit Singh’s music video, Pachtaoge alongside Nora Fatehi. The music revolves around cheating and all sorts of drama between the two, who are a couple in the song.

Also read: Vicky Kaushal’s Reply To A Fan Will Make You Fall In Love With Him Even More. Uff, This Guy!

The song is a huge success and has already garnered 34 million views already. During the success event of the Pachtaoge, Vicky Kaushal was asked if he ever had a heartbreak or a dramatic relationship. To which Vicky said,”No, I have not had so much drama in my relationships where I had to suffer. I only have fond memories.” The song was released on August 23 and it revolves around the theme of love, infidelity and heartbreak.

Vicky Kaushal who will next be seen in the Karan Johar directorial, Takht is really overwhelmed with all the positive response and love that his song has received. “At first, I did not know whether the song is working or not because you get to know about films with the numbers of tickets being sold. Here I was not understanding. But Nora and Bhushanji (Bhushan Kumar) helped me understand that… It’s quite amazing how this song is working,” he said.”I am very happy in the general sense also that I was collaborating for a music video,” he added.