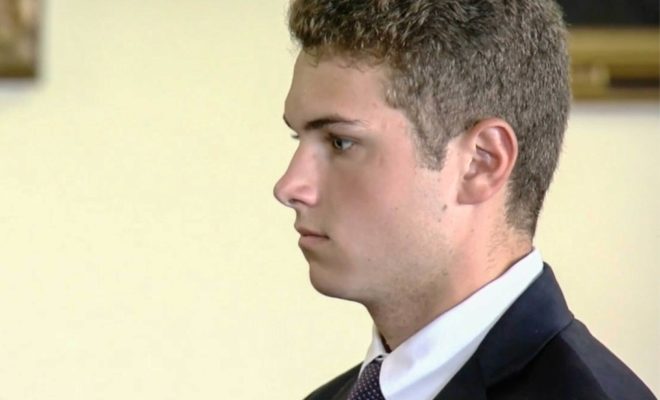 US Man Pleads Guilty Of Sexual Abuse And Rape, Walks Away With Zero Jail Time. WTF?

Every day we hear stories of women being molested, raped and abused in some form or another. Moreover, many of these tend to be minors. Every day we also hear news of men who do such heinous acts, getting away with it, with no regard to how the victim has been affected. While there are punishments in place for these crimes, in most places, they aren’t severe enough. And unfortunately, this isn’t only the case for India but in almost every country.  This can be seen in the US  as a man was given no jail time even after pleading guilty to rape and sexual assault of 4 teenage girls.

Christopher Belter who is now 20 years old has been given no jail time despite pleading guilty to rape and sexual assault because a judge in New York said that time in jail would be inappropriate. According to court documents, Belter attempted first-degree sexual abuse, two counts of second-degree sexual abuse and third-degree rape. The documents state that these allegations stem from 4 different incidents that happened in Lewiston, New York. He and his victims were all minors at the time.

Also Read: Rajasthan BJP MLA Pratap Bheel Booked For Rape Twice In 10 Months. Why Is He Still An MLA?

Last Tuesday, Judge Murphy sentenced Belter to 8 years of probation and ruled him as a registered sex offender. However, he felt that jail time would be inappropriate.

Judge Murphy said,”I agonized. I’m not ashamed that to say that I actually prayed over what is the appropriate sentence in this case because there was great pain. There was great harm. There were multiple crimes committed in the case. It seems to me that a sentence that involves incarceration or partial incarceration isn’t appropriate, so I am going to sentence you to probation.”

Barry Covert, Christopher Belter’s attorney has refused to comment on the matter. Before the hearing, Belter read out a statement saying, “Through treatment and reflection, I’ve come to feel deep shame and regret for my actions. None of you deserved to be in this situation. I hope each of you could close that wound I gashed. I know though, that a scar will remain that will serve as a reminder of the evil of that night.”

One of Christopher Belter’s victims whose called M.M. who was 16 in August 2018 when she was raped by him also spoke,”I wish I would have had a louder voice at the beginning of all of this. Maybe I could have done more. That 16-year-old girl trusted a bit too much that justice would have been served. She worried that if she spoke up louder, she would get hurt even worse and hurt other people along the way. She had just assumed that all rapists go to jail. She missed out on opportunities to speak up that she wasn’t even aware of. Let the People do their jobs, right.”

In my opinion, this is exactly why we need to stop allowing old men to hold so much power. Most of them don’t understand the plight of the victims in such cases. Neither do they take it seriously. For an offence, this major, Christopher Belter is not even going to be given jail time. How ridiculous is that?