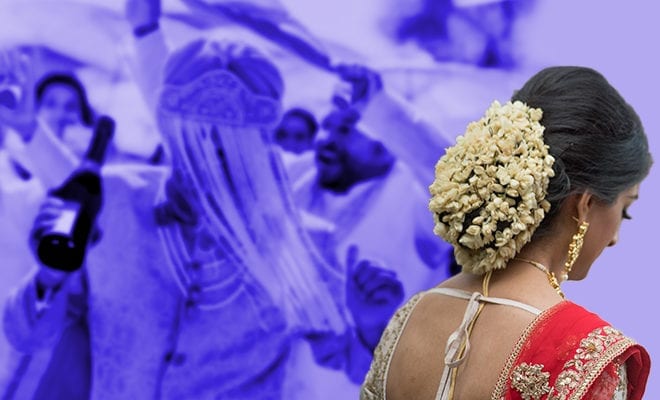 UP Bride Calls Off Wedding After Groom Shows Up Eating Gutka. We Love How Women Are Taking A Stand Now!

Call it cliche or something that we’ve simply and subconsciously picked up from fairytales and romantic comedies, but expecting your husband to show up a certain desired way on the day of your wedding is actually a thing. Some brides may want their to-be-husbands to be dressed in a particular way, some want to receive them in a special manner or some of us with low standards just want the groom to show up on time and at the right venue. But what one clearly does not want happening on their big wedding day is the groom turning up with gutka in his mouth.

This incident comes from the  Ballia district of Uttar Pradesh where a bride took the most unanticipated decision ever, by not going through with the wedding, on the very day itself, because the groom was visibly chewing tobacco!

A shocker to most, but a perfectly understandable reason to abandon your own wedding, turns out that the bride in question was supposed to be marrying the groom on Saturday, when they saw the baraatis approaching. Upon welcoming them, the bride took notice of just how drunk the groom was and that he had gutka in his mouth.

The bride who came from Mishrauli village by stated how she does not wish to get married to a guy who chews tobacco. Despite several attempts made to convince the bride to get on board, she was firm on her decision and called off the wedding.

The two families then returned the gifts that were exchanged during the wedding processions and decided to move on. Meanwhile, we couldn’t help but feel proud of such women, who are finally beginning to choose themselves over anyone else. After years of staying subdued by the society, women are now beginning to take a stand for themselves and not agreeing to put up with any sort of bullshit, even if it’s a groom, even if it’s on the wedding day.

Whether it is dowry, or chewing a gutka, women know that they deserve better!

Also Read : Runaway Bride Fled Her Vidaai To Marry Lover At A Police Station. She Planned It So Well