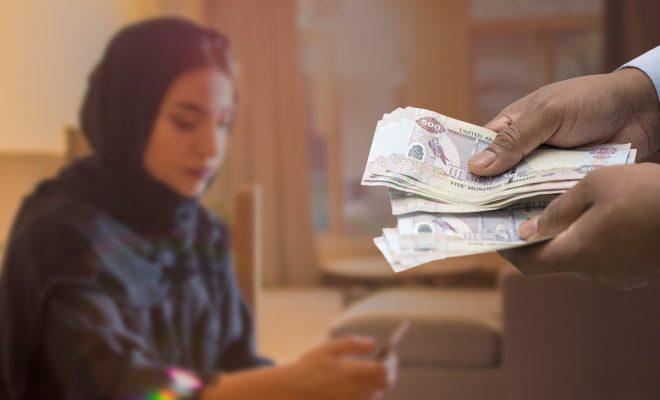 UAE Man Asked To Pay 3.5 Lakhs To Woman For Sending Her Hurtful Messages

If I were to count the number of times a man has tried to look down upon me, said mean things to me or tried to demean me every time he felt threatened, I am pretty sure I’d run out of hair strands, if I were counting with that. Thanks to the society that has always enabled men into thinking they are superior to women, there have been more than enough instances when men have gone ahead to belittle women for no rhyme or reason. Except this time around, a woman from the UAE decided to do something about it.

Not willing to take any crap from any man and determined to put him in his place, after he had allegedly crossed his lines into insulting her and making awful remarks at her character, a woman from UAE filed a lawsuit against a man as compensation for the kind of derogatory messages he sent to her.

When the case was taken to court, the young man was ordered to pay a sum of Dh 20,000 (Rs 3.5 lakh) to the complainant for her hurting her feeling over the messages he sent.

Also Read : In Ghaziabad, A Woman Rode A Bike While Her Friend Sat On Her Shoulder. Got Fined Rs. 28000

In #UAE: Youth ordered to pay woman Dh20,000 for hurting her feelings

The court indicated that the incident inflicted moral damage and therefore, ordered the young man to pay her Dh20,000 in addition to legal fees and charges. Read the full story here: https://t.co/IGypMjg90I pic.twitter.com/WcFKPQfe9B

It is being understood that the man has accused the woman in his texts of having relations with multiple men and has also gone ahead to accuse her of sending her pictures to him under the pretext of seducing him. The woman who wasn’t happy about the messages, accused the man of insulting her and reached out to the court to demand compensation.

Although the accused requested for the case to be dismissed and not taken seriously, and even claimed how the woman was the one who owed him a sum of Dh39,000. The  Al Ain Court of First Instance however, ended up convicting the man in the criminal case for insulting the woman claiming that incident inflicted moral damage, on the woman by her hurting her feelings and reputation. The court observed the man to pay Dh20,000 in addition to legal fees and charges to the woman.

Also Read : Paris City Hall Fined €90K For Hiring Too Many Women In Top Positions. But Don’t We Do That With Men All The Time?