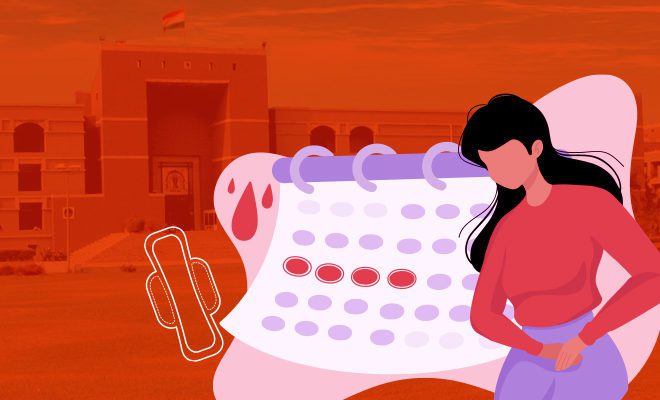 I haven’t gotten my periods in the last 3 months and as much as I’d like (not) to give y’all a khush khabri like most celebs are giving these days, no I’m not pregnant. I just struggle with a condition called PCOS and that means I get irregular periods. But that’s not all that happens. One of the worst things about this diagnosis is that whether you’re on your periods or not, you deal with excruciating pain on most days. And period pain is not only limited to girls with PCOS, it is for all those who experience varying degrees of pain. In fact, a woman on Twitter literally pointed out the period pain and how people instead of being sensitive, brush it away.

On April 11, a Twitter user by the name of The_oddwayy tweeted a series of tweets wherein she talks about how period cramps aka menstrual cramps come in varying degrees of pain and how people – especially other women – try to be extremely insensitive to other women who have higher pain levels.

Menstrual cramps come with varying degrees of pain for different people. People, especially girls try to be less insensitive to other girls that have higher pain levels.

She went on to say that statements like “try walking around”, “try sleeping”, etc., and coming to the conclusion that it is because of their increased sugar intake that they are suffering through extreme period pains are very insensitive acts that people often don’t realise.

Saying things like "try walking around, " "try sleeping, " and already concluding that it is because their sugar intake is high are very insensitive acts.

The Twitter user concluded, “The degree of pain each girl faces is different and what works for you might not work for the other person.”

Also Read: This UK Father Is Campaigning For Period Pain To Be A Valid Reason To Miss School. YES, More Parents Need To Do This

The degree of pain each girl faces is different and what works for you might not work for the other person.

And I really don’t think that there is anything that I have left to say because all of it boils down to her concluding statement.

Women Reveal The Weirdest Thing A Man Has Ever Asked Them. Unsurprisingly, Most Questions Are About Sex, Periods And Female Anatomy