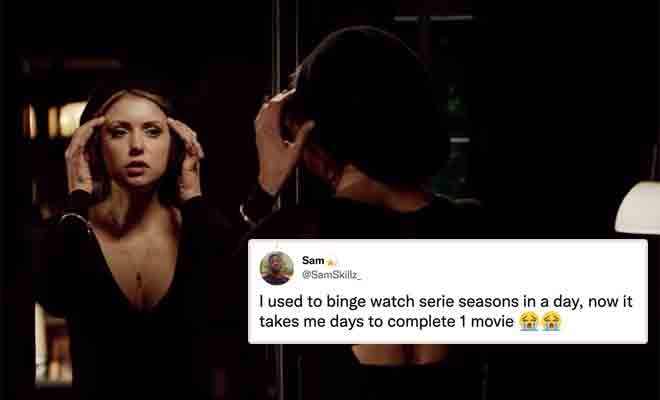 Confession time! I have, for the longest time, judged my mom’s choices, thoughts, and the way she does things. But that changed completely when I was living by myself and realized that I have strangely transformed into her. Weird, right? Well, I have not completely changed into her, but there are so many tendencies of her’s that I’ve developed that honestly make me laugh when I recognize myself doing, behaving, and or thinking that way. And thanks to the Twitter handle @DontAskMeBitch2’s (what now? lol) hilarious but relatable Twitter thread, I know that I’m not the only one developing old people habits in my 20s!

Recently, Twitter user @DontAskMeBitch2 asked people over the age of 25 to share some of the stereotypical auntie/uncle/old people habits that they’ve started developing now that they are moving closer to their parent’s age. The replies are hilarious and it’s comforting to know that you’re not alone in this!

@DontAskMeBitch2 tweeted, “Hey 25+ Twitter. What ‘auntie/uncle tendencies’ do you have now that you’re old?” And the replies have gone viral and people from all over the world are joining in on it.

Hey 25+ Twitter. What ‘auntie/uncle tendencies’ do you have now that you’re old? 🤔

One of the most relatable old people habits that I found was the one where someone said that one needs to inform them 2-3 business days in advance for her to hang out with them or else she’s not coming. And let’s all agree, we all have been there.

If you don’t tell me 2 to 3 business days ahead of time that you want to hang out I’m not coming. I don’t do day of hanging out

I used to binge watch serie seasons in a day, now it takes me days to complete 1 movie 😭😭

Really what is with getting excited about buying home decor stuff?

Decorating & buying stuff for the house excites the hell outta me 😂

One of the Twitter handles also replied saying that they had a strange desire to own a rocking chair. And all I can say is, been there, done that. Another handle’s reply was something every Indian millennial would relate to because we have seen our auntie/uncle/old people/parents doing it all the time – “Saving boxes that I don’t need and won’t use ever.”

Having a strange desire to own a rocking chair. Started at 22. It hit me early.

Saving boxes that I don't need and won't use ever. https://t.co/Mn0coQK4uF

Anybody else get cranky when others are playing loud music? Guess what? That is an old people habit!

Not knowing how to work these social media apps https://t.co/HrZJJ05QB8

Don’t keep sending me Clubhouse invites, I am not joining! I don’t know what to do with it!

You can read more replies on find almost every other one relatable AF!

Also Read: This Twitter Thread Asked Women If They Would Allow Their Husbands To Wear Shorts After Marriage

Reading the Twitter replies to @DontAskMeBitch2’s tweet about the stereotypical old people habits that people over the age of 25 have developed confirms my belief that we do end up becoming our parents when we grow old. Whether we like it or not. And as scary as that thought may seem, let’s take comfort in the fact that we are not alone in this.