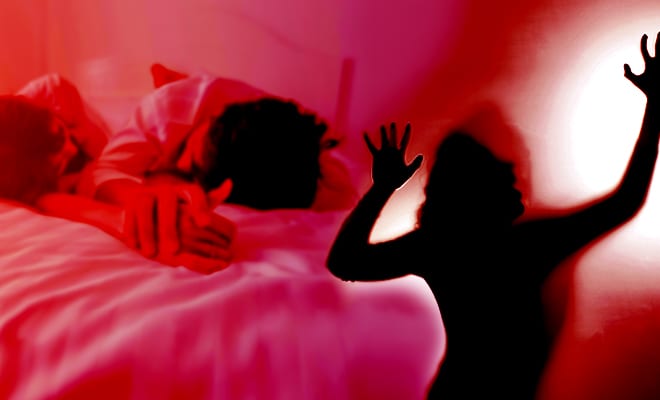 I am not even going to say that men need to be taught how to respect women. What’s the point? No one is listening. No one is coming to our rescue. We are continuously told to change and modify everything about ourselves to suit men but it’s okay that they flout basic human decency on a daily basis and continue to persecute women for well, being women?  So men can have an affair, but women cannot. Men should be told to respect us the way we are ordered to obey them no matter what. But alas, we live in a gender-skewed world where certain rules just don’t apply to men.

You see, recently, in a tribal area in West Bengal, a woman was dragged out of her home, stripped and paraded naked around the village for having an extra-marital affair. This brutal act was carried out by 11 people and it was entirely filmed. Yes, it’s morally wrong to have an extra-marital affair but ask yourselves this, if the tables were turned and it was the man who had the affair, would he be given the same heinous treatment?

The incident occurred on 9 June in the Kumargram police circle of Alipurduar district. Although no one, not even the victim, reported it to the police. It only came to light when videos of her being paraded around naked surfaced on social media. The police tracked down the victim and launched an investigation.

Also Read: Villagers In MP Tied A Rape Survivor And The Rapist With Ropes, Beat Them And Paraded Them Around The Village

Reportedly, following an extra-marital affair, the woman had left her husband around 6 months ago. When she returned last week to the village, a few locals barged into her house and dragged her out. They stripped her naked, abused her and made her walk around naked for stepping out on her husband. After this humiliating incident, the woman returned to her parent’s village in Assam and the police, led by her husband, tracked her there and brought her back to aid with their investigation.

After being counselled, the woman finally filed an FIR in the presence of her husband. She named all the people involved in the despicable act. While the police have managed to apprehend most of them, five of them are still on the run. According to the police, this was the work of a few youths from the same tribe as the woman. Surprisingly, it doesn’t seem like her husband was involved but I wonder why he didn’t attempt to as much as intervene? Literally this was an affair between them.

They say that bystanders of a crime are just as guilty as the criminals themselves. It’s horrifying that people would stand around making videos while a poor woman is being paraded around naked, abused and thrashed, all because of an affair. Why didn’t anyone try to help? The truth is this isn’t the first time an incident like this has come to light.

Men need to be taught how to respect women. For how much longer are women going to be subjected to this kind of derogatory behaviour? It’s sickening.

This Woman And Man Were Publicly Shamed, Tonsured And Paraded Around In A Village In UP Because They Were Friends.