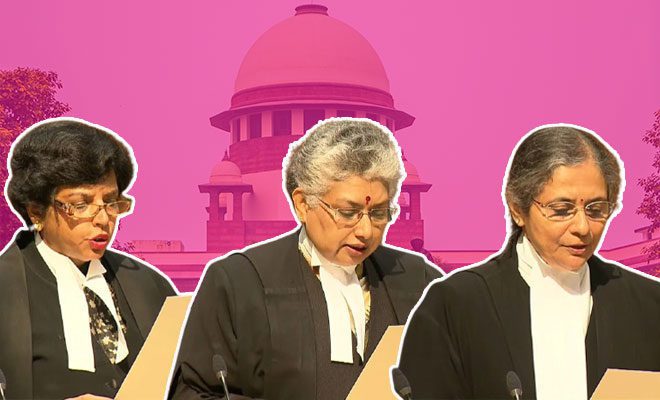 From the Tokyo Olympics, Paralympics to the judicial system, Indian women have been having a good month, becoming forces to reckon with. With every passing day, there is some or the other news that talks about how an our ladies are creating history in a specific fields. The latest feat? The Supreme Court of India got nine newly appointed judges today. And three of them are women judges! This is indeed a historic moment for the Indian judicial system, which has always run low on the number of female judges. But now, with Justices BV Nagarathna, Hima Kohli, and Bela M Trivedi being sworn in, this becomes quite a landmark moment for gender representation in the Indian judiciary.

Also Read: 10-Year-Old Girl From Kerala Writes To CJI Saying She Is ‘Happy And Proud’ Of Court’s Work During Pandemic

It is really pathbreaking to watch three exceptional women and exemplary judges creating history in the Indian judicial system. They are an inspiration to all the young women advocates who dream of becoming Supreme Court judges and even aspire to one day become the Chief Justice of India. The road to that destination is through hard work and practice. And these three women judges have proved that gender does not matter if you’re focused on your goal.

Madras HC Chief Justice Says Sexual Harassment Should Be Dealt With Seriously. Women Shouldn’t Be Blamed For Their Clothes Or Demeanour