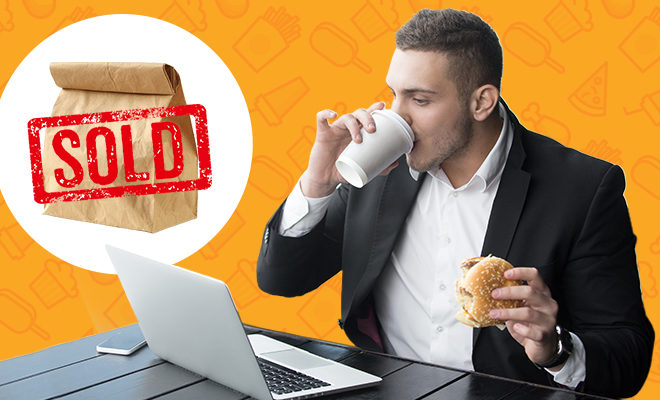 Like all Indian mothers, my mother too is obsessed with food. Specifically, what I am eating and when. So it should come as no surprise that she insists that I take multiple tiffins to work every single day. As much as I adore her for all the efforts, it’s infuriating. Not only because I hate carrying the extra load back and forth but also because I can’t pig out on junk food like I want to. I am sure so many of you’ll relate to this. If you think about though, there are ways to get around this problem. You can always try and sell your home-cooked lunch and buy all the junk food you want with that money. Just like this man did until his wife found out about his operation, that is. Yeah, he’s in for a world of pain.

A woman took to Reddit to share the story of her husband who was doing something that isn’t illegal but should be. He was selling the home-cooked lunch that she made him every day, to his co-workers, and buying loads of fast foods with his ill-gotten gains. She said that she would make him healthy sandwiches every day but clearly, he wasn’t eating any of it. To add the cherry on top, the woman found out about her husband’s questionable activist through a colleague of his who accidentally spilt the beans in front of her. Yikes. If you try something like this, be more stealthy.

In her Reddit post, the woman explained that she and her husband were trying to save money. This is why they had this arrangement where she would make him lunch so he wouldn’t spend unnecessary money on fast food. But he clearly found a way. She wrote, “He is used to eating fast food and it was costly. He had no problem spending money daily on fast food and after doing the math he spends more than 300 a month on just fast food. 20 $ daily. We live in an expensive area. I talked to him about it. He agreed that I make sandwiches for him to take with him to work.”

The husband’s entire operation was blown when one of his colleagues came over to their house for dinner and complimented the woman on her sandwiches. However, he also pointed out that they were a tad pricey. That’s when she realised what her husband was up to. She declared on the Reddit post that she wasn’t going to make lunch for her husband anymore. I understand where the husband is coming from but she made the right decision. I would be hella annoyed too if I found something like this out.

The Reddit post has gone viral. As I said, a lot of people, including myself, can relate to this. Some netizens suggested the woman start a sandwich delivery business while others defended the husband by saying that he might be addicted to fast food. Which is a legit addiction. Anyway, everything about this is just so hilarious but I would not want to be in this woman’s husbands shoes.

This Chinese Woman Requested A Delivery Man To Throw Tea On Her Ex Boyfriend’s Face. It’s A Sticky But Hilarious Revenge Story

GET HAUTERFLY IN YOUR INBOX!
Related ItemsFeaturedlunchTrendingtiffinwoman catches husband selling his lunch every dayco workers