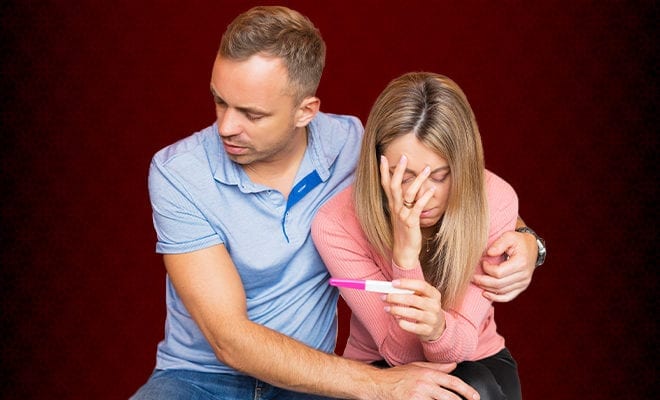 This Guy Got Offended Because His Partner Chose Abortion. And So, The Internet Schooled The Entitled Guy

The toxic men of our society are often perturbed when they experience a lack of control over a woman’s agency. And often, act like victims hoping the little progress the world has made in re-claiming our rights and autonomy gets reversed. Several women across the world – often due to social but sometimes due to legal reasons – don’t have the choice to take care of their own reproductive health or make their own decisions pertaining to the same. Many a times, it is also because of lack of knowledge and accessibility in rural areas. However, several countries in the world are pro-choice and have laws in place to protect women’s choice when it comes to pregnancy and abortion.

And yet, a man took to Twitter to express his disapproval of women’s bodily agency. He wrote, “I didn’t realize how pro-life I truly was until someone aborted my baby without considering my thoughts and feelings.” Playing the victim card, he added, “The emotional pain and mourning I went through, was unlike anything else I’ve experienced.” Almost making it sound criminal and at best, irrational he wrote, “The reasoning I got: “I’m not ready”.”

I understand that he wanted a baby and he is sad about it. But as an adult he should be able to rationalise his thoughts and understand that a woman who is not ready to have a child should not have a child. And his keenness in getting to enjoy looking at her pregnant belly while she goes through the actual repercussions of conceiving – is not reason enough. If he was actually mature enough, he’d know that a woman is not a baby-making machine. It’s not like he contributed raw material and now he must claim the final product.

I didn’t realize how pro-life I truly was until someone aborted my baby without considering my thoughts and feelings.

The emotional pain and mourning I went through, was unlike anything else I’ve experienced.

The reasoning I got: “I’m not ready”.

What’s worse is that he is feeling so victimised because he couldn’t force a woman to give up her bodily agency. It’s her body, and if she is not ready, she is not ready! Pregnancy and motherhood comes with several psycho-physio changes that the woman bearing the child will deal with. And considering how selfish and regressive this guy is, it’s not surprising she chose to not commit to something so long-term. Abortion should remain a woman’s choice.

“I would have given up everything to be a father to that child. I begged and pleaded. But, again, I was told I have no say. Despite there being ZERO credible reason to abort our child,” he added. It’s amusing how he thinks a woman’s choice is not a “credible reason”.

ALSO READ: In Iran, Contraceptives Have Been Banned So Women Can Have More Babies. Because Why Give Women Rights Over Their Own Bodies?

“We never hear from men about this. Society has been conditioned into silencing us. How many other cases have happened like mine? Abortion has been abused and used as a scapegoat due to selfishness,” he wrote. Aww, it’s so sad that men are legally being silenced when they try to take control over a woman’s autonomy. When she consented to sex, she didn’t consent to making your babies, so what the cry about?

I understand emotions are complicated and he is probably not in his right mind (giving him the benefit of doubt) but really, he is just being a toxic male who is cranky because he didn’t get to control a woman’s choice.

Here’s what netizens wrote back to him about his views on his partner’s abortion.

Should have worn a condom. There are consequences to actions. It was her right. It’s a zygote or embryo. Baby has no legal or medical connotation. Women are more than fertile fields.

Ultimately it’s up to the pregnant person whether they want to carry it out to term or not. If you don’t have the emotional maturity to handle that and wait til that person is ready to endure the pain and responsibility of having a child, then you aren’t ready either. pic.twitter.com/aqWa68YHwW

If you want to be a father, might I suggest fostering and/or adoption? Or perhaps partnering with someone who is as eager to have kids as you are?

“I’m not ready to have kids” is actually a perfectly legitimate reason not to have them.

This is a lot of words to say “I’m sad that I can’t have absolute control over another person’s body.” There are many GREAT ways to become a Dad. What you’ve described is a nightmare scenario.

ALSO READ: World Bank Report Says Pandemic Has Had A Detrimental Impact On Women And Global Gender Equality. Why Are We Not Surprised?