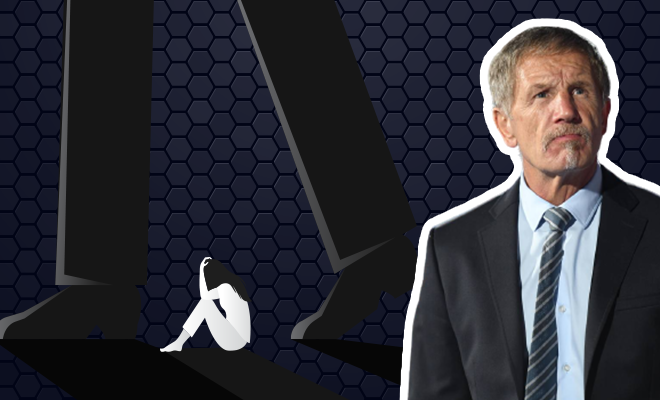 This Football Manager Of the Odisha FC Made Disgusting Rape Remarks And Got Sacked. He Deserved It

“Oh lighten up, it was just a joke”, “I was only citing an example”, “Relax, I was kidding”, none of these statements made after cracking a rather insensitive and distasteful joke or using ‘rape’ as an analogy to get your point across is ever acceptable, especially when it comes out of the mouth of someone who has some influence and sits at a position of power. Like Stuart Baxter, the manager and coach of the Indian Super League club Odisha.

The 67-year-old man from England who had just lost a match to Jamshedpur’s team is a well-trained, well-travelled sportsman, but unfortunately not a well-informed human, for his careless and crass comment about his team’s defeat compared to one getting raped was simply not acceptable.

Stuart Baxter, who had previously coached the South African National team, was sacked for the following statements he made while talking about his team’s last match. He said, “You need decisions to go your way and they didn’t. I don’t know when we’re going to get a penalty. I think one of my players would have to rape someone or get raped himself if he was going to get a penalty.”

I am absolutely disgusted and infuriated by the comments. I've said Odisha FC is a safe space for all, and to make light of a serious awful crime in such an offhanded way is reprehensible.

I sincerely apologize to everyone on my behalf and the clubs https://t.co/nhq0kJPrGM

Also Read : A 15-Year-Old Girl Allegedly Raped By 16-Year-Old Boy. The Incident Was Not Reported Because They Feared Social Stigma

You see, the problem(s) with his words wasn’t just the inappropriate use of the word ‘rape’ in such a context but also somewhat diminishing the seriousness of the crime that rape is, by bringing it in his statements so casually. And it was perhaps his loose usage for the word that landed him in trouble, and rightly so.

In a country where women and children are reportedly raped every hour of every day, for him to use the term with no regard to the victims, to the heinous crime and to its impact was what ticked not just the people, but also the club off, as they fired him.

The interim coach for the remainder of the season will be announced soon.#OdishaFC pic.twitter.com/FcrMPCDn5h

Odisha team observed that they were “appalled” by the comments, describing them as “completely unacceptable”, and in a tweet have said that, “Odisha FC has decided to terminate head coach Stuart Baxter’s contract with immediate effect.” They further wrote, “It is completely unacceptable whatever the context and does not reflect the values of the club. We, at Odisha FC, unreservedly apologize and the club management will handle this matter internally.”

Also Read : A Special Court Has Granted Bail To A Married Man Because He Agreed To Marry The 16YO Girl He Raped And Impregnated