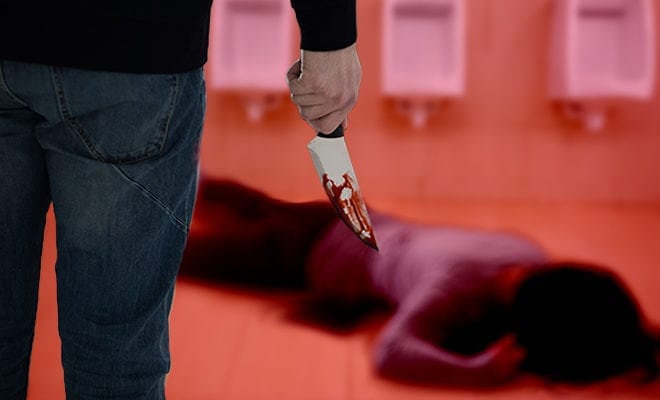 This 19-Year-Old Boy Murdered His Live-In Partner In Mumbai. The Criminal Is Getting Younger

When you write about women getting murdered and raped as often as I do, you begin to realise just how badly our society is failing the entire gender. Contrary to what our government seems to believe, violence against women is not an issue that is going to go away if we ignore it long enough. You can’t sweep it under the rug by launching worthless initiatives and hope for the best. It doesn’t work like that. We’ve gone hoarse screaming about how the crime rate is surging and women’s safety needs to be established. Every second day, a woman is killed by a man because she angered him in some way. Why should the woman have to pay the price for a man’s fragile pride and hot temper?

Recently, in Mumbai, a city that is usually considered safe for women, 19-year-old Niyaz Ansari murdered his 24-year-old live-in partner, Jyoti Gawde after they got into a frivolous argument. Both of them were garbage collectors and lived on the roadside in Mira Road. Every day they would travel into the city to collect trash. On 27 May, the couple along with another couple travelled to Andheri East to do their job. Jyoti and Niyaz got into an argument over a trivial matter and he chased her into a men’s toilet, locked it and then banged her head on the water tap. Jyoti succumbed to her injuries.

Also Read: This Man Working In The US Hired People To Murder His Estranged Wife In Tamil Nadu

After Jyoti was murdered, Niyaz ran out of the washroom and fled.  According to reports, her body was found by a washroom worker who then informed the police. Through the CCTV footage, the cops managed to trace the other couple who was working with Jyoti and Niyaz. Finally, they nabbed Niyaz on Friday from his hideout in Jogeshwari where he was making plans to run off to West Bengal.

To think that a woman lost her life because her live-in partner could not control his anger is disturbing. Hopefully, Niyaz serves an adequate sentence for his gruesome crime.