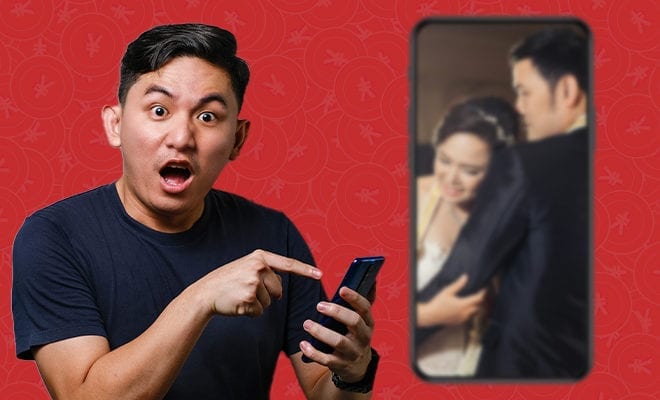 Ever since I turned 24 my family has been jokingly passing comments about my marriage. If you’ve been brought up in an Indian household, you’ll know that this is a common occurrence but that doesn’t make it any less of an annoyance. Do I want to get married and settle down? Yes, of course. But it’s a decision no one should make in haste. Let me give you an example of what happens when you do. You see, in January this Chinese man married a woman after being introduced to her by a matchmaker. A few months into the marriage, he got the shock of his life when he found a video of his wife marrying another man. Turns out, the woman he married is a con woman and who extorted a whopping sum of money from him. It’s incidents like these that enable my trust issues.

This 35-year-old unidentified man from Bayannur, Inner Mongolia, was pressured by his family to get married. He enlisted the help of a matchmaker who introduced him to a woman in Gansu, China. After merely a month of courtship, the woman demanded a dowry of 148,000 yuan (Rs 16.9 lakh) before marrying this man in January. The couple then held a traditional ceremony to solemnize the wedding but never officially registered the marriage. I wonder how the man being conned did not see the slew of red flags in their relationship.

Husband shocked to find video of wife marrying another man on #socialmedia https://t.co/leVnmlfKdU

After they got married, the woman claimed that she wanted to return to her hometown as she desperately missed her family. And hence, she took off. In March, merely two months after their wedding, this man came across a video of his wife getting married to another man. He decided to go to her hometown to confront her about everything. Once he found out the truth, he filed a police report against his wife.

During the investigation, some extremely interesting information came to light. This con seemed to be much, much larger. According to reports, 19 men were looking for their wives. Women who had conned them into getting married and duped them of large sums of money just like this woman had down with our story’s protagonist. Astonishingly, these men had gotten duped of more than 2 million yuan (Rs 2.28 crore). The police have detained the matchmaker and the woman along with two other accomplices who posed as the bride’s relatives.

These women were clearly running an extremely lucrative scam. And as much as I enjoy a good con, it’s not something that can be condoned.