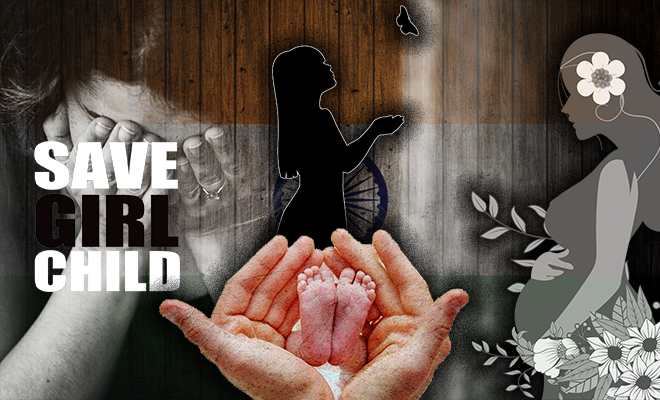 There Have Been 216 Babies In Three Months, All Boys In This District. Coincidence? We Think Not!

Being a girl is tough job in a country like India. And that is even before we get to the ‘being’ part of it, because most of the times, even the thought of having a girl child is too much for parents to handle, and they want to abort mission. In a land with an ever-growing population and limited resources, more than half the population thinks that the only way to get their hands on a fortune is by having a son. And result? Female foeticide. The proof of which recently surfaced in a study. Reports showed that out of the 216 children born in Uttarakhand over the last three months, all were boys.

In a report rolled out by Times of India, it was shown that out of the 132 districts of Uttarakhand, there wasn’t a single female child born in the last three months, and we don’t for a second believe it was fate. The District magistrate, Ashish Chauhan shared,“The situation is suspicious and has highlighted female foeticide.” Now, the Indian law strictly prohibits getting an abortion done after 20 weeks of pregnancy, but sex determination? It isn’t allowed but can be done via a simple blood test or a sonogram during the 18th week and it can easily give away the gender of the baby. And clearly, girls aren’t making the cut.

Also Read : Abortion Is A Criminal Offence In India And Women Can’t Decide If They Want One But That’s Set To Change

And we know exactly why that is. There was a time in 1901, when Uttarkashi was home to 1,015 women per 1,000 men. Where as the reports in 2015 show the figures having fallen down to 896 females per 1,000 males. The Indian census data, over the years has not only shown a decrease in the female-to-male sex ratio, but conversely has also shown a positive co-relation between such abnormal increase and the dipping literacy rate in India. The idea of wanting and therefore having a baby-boy has been diluted to just cutting down on a foreseeable economic burden. To hell with having an emotional aspect to having a baby, people simply discard the female child on the grounds of economic un-affordability, per se, dowry.

And it is no surprise that the shocking statistics of the all-boys birth in Uttarakhand have come up in a small district of Uttarkashi where most of the inhabitants are far from educated. Women, in the rural parts of India, are still confined to their homes, and never seen as an earning source for the family. That is when push comes to shove, they’d rather bear a baby boy who’d earn them bread. Not realising, that in today’s world, a woman is in no aspect behind men.

No girl born in 132 villages of Uttarkashi district in Uttarakhand in last 3 monthshttps://t.co/uIteHaOJmj pic.twitter.com/DAYj4bk9ML

And matters only seem to be getting worse. What good is a drive for feminism if we won’t even let them be born and prove their worth to the world? What is this if not a deep-rooted gender-based crime? The District magistrate, Ashish Chauhan further commented, “We will monitor the data and activities of all these villages for [the] next six months and will take strict action against ASHA workers if the situation does not improve. Moreover, we will also take legal action against the family who will be found guilty.” And we think it is about time.

Only last month, The Uttarakhand Panchayati Raj Bill, 2019, that awaits the Governor’s approval, introduced minimum educational qualifications for panchayat elections, and we think it was a brilliant effort made to evoke some concrete change. Passing a mandate for the men to be class 10th pass for general category, Class 8 for women and SC/ST (men), and Class 5 for SC/ST (women), the city seems to be tackling the problem at its origin and that is exactly what we must be aiming at too.

Girls are in no way lesser than boys, and if the current list of accolades and achievements are anything to go by, they might just only be better. And it is time that people stop conforming to their decade old stereotypes to see the world for what it is, and put an end to such gender injustice.