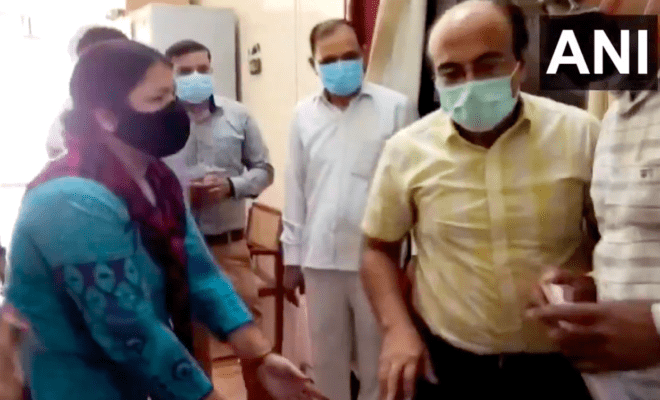 The Tragic Loss Of The Woman Who Begged For Remdesivir With The Chief Medical Officer In Noida, UP

If your mental health is in shambles, and whose isn’t at this point, then a lot of mental health professionals will recommend that you stay off social media for a bit. The insta stories of influencers as people scramble for oxygen cylinders and ICU beds, the retweets of pleas as people desperately seek medical facilities- it can get all too overwhelming. The COVID crisis in India is at its peak and the government is turning up inefficient in more ways than one. And while this was happening, the UP government has calmly claimed that there is enough and more being done. All this while tragic images are emerging. Of crematoriums with waiting lines. Of fatigued medical officers. Of people begging. Of a woman trying to resuscitate a dying husband. It’s all too much.

And yesterday, the video of a woman and her family literally begging with the Chief Medical Officer in a hospital in Noida, UP to arrange for Remdesivir had gone viral. In the video, a woman can be seen speaking to the Chief Medical Officer, asking that her family member be given Remdesivir. At one point, she even bends down to touch his feet. It came down to this. To people begging that they be given help. The woman in the video was asking for Remdesivir for her 24-year-old son who was COVID positive.

#WATCH Noida | Families of #COVID19 patients touch the feet of Chief Medical Officer (CMO) Deepak Ohri, requesting him that they be provided with Remdesivir.

And news has now come in that despite her desperate pleas, that mostly fell on deaf years, she was unable to procure the drug. The tragedy is that she lost her son. According to India Today, after submitting her request for Remdesivir, she waited outside the CMO’s office till 4pm. At 4:30, she went back to the hospital where her son was admitted only to find out that he had passed away. While the claims that Remdesivir is a miracle drug are being heatedly argued, the body count keeps going up. And while we can only sit at home and repost and retweet, there are millions of people who are losing loved ones even as the apathy towards human lives continues.

ALSO READ: This 62-Year-Old Woman From MP Beat COVID Despite Having A 95% Lung Infection