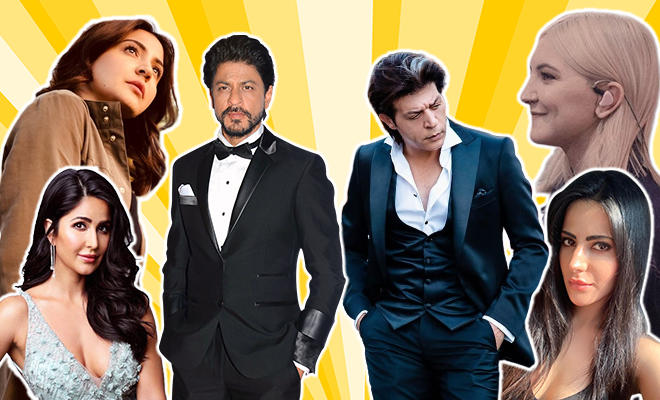 The Internet Is Going Crazy Over The Doppelgangers Of These Bollywood Celebrities. The Resemblance Is Uncanny

“She looks so much like you!”, my brother often says to me while he sends across questionable images of people or sometimes animals who look nothing like me. Quite the opposite, to be honest. But that is just him pulling my leg, and a commandment included in the ‘The Constitution of Siblings’. However, in real life, they do say that there are plenty of people around the world who look like you. Then again, no one cares if someone looks like me, because I am not a celebrity. But when the internet finds  doppelgangers of celebrities, we get all excited. We know they aren’t lying because the resemblance is uncanny. Recently, we found someone who looks like SRK and this was a good thing because this man has a lot of fans. We had to physically stop our editor from dragging SRK’s twin to the nearest mandap. But here are the other people that the internet has found look a lot like our stars.

In a post shared by many, including Viral Bhayani, we came across Akram al-Issawi who looks starkly similar to Shah Rukh Khan. The photographer from Jordan, looked so much like SRK, that even his fans were amazed at the co-incidence. Turns out, Akram had once been interviewed by Al Arabiya about his doppelgänger celebrity status, during which he said he appreciates looking similar to the actor but isn’t entirely taken by the word ‘lookalike’.

No guesses for this one, for she looks like the carbon copy of the Bharat actress, Katrina Kaif. Discovered a while back, Alina Rai is a model and holds an unbelievable resemblance to the Bollywood actress. And while we still struggle to find how that is even possible, there are many netizens who couldn’t keep their calm and have dropped comments like, “Have you done plastic surgery to look like Katrina?”. The Tik Tok star however, who has been on trending pages ever since, claims that she doesn’t see the resemblance as much as others.

This guy working at the Petrol Pump has an uncanny resemblance with Saif Ali Khan. pic.twitter.com/pUTKLCz

This one has been making the rounds for a while. The Sacred Games actor, Saif Ali Khan’s lookalike by way is a man working at a petrol pump. The resemblance is pretty obvious, it looks exactly like Saif does in a stubble. The actor catfished us when he said that perhaps that was him. “There is this rumour that there is a guy at a petrol pump, but that was me. That is me changing my tires in Bombay.”

Also Read : Priyanka Chopra Revealed Nick Jonas Is A Sucker For Bollywood Music And We Have Proof

OMG YES!! ? I've been looking for you and the remaining 5 of our dopplegangers all my life ? https://t.co/SaYbclXyXt

Actress Anushka Sharma came across a rather similar looking American artist, Julia Michaels. The internet was thrown into a tizzy, the artist looks astonishing similar to the actress, people claimed. Julia who had been getting tagged in various lookalike photos, then took to Twitter to loop Anushka Sharma in to the conversation, where the Dil Dhadakne Do actress replied, “OMG, Yes!! I’ve been looking for you and the remaining five of our doppelgängers all my life.”

The Race 3 actress, Jacqueline Fernandez was also introduced to her doppelgänger and internet sensation – Amanda Cerny -and they share more than just their gorgeous looks. They are both vegans and both have a following of millions on social media, which is in fact how they stumbled upon each other. Jacqueline, upon finding out, had reached out to Amanda to invite her to Mumbai, shortly after which she actually did come and the two were caught fooling cameras and having a gala time. Guess your celebrity status does come in handy when looking for your doppelgängers!