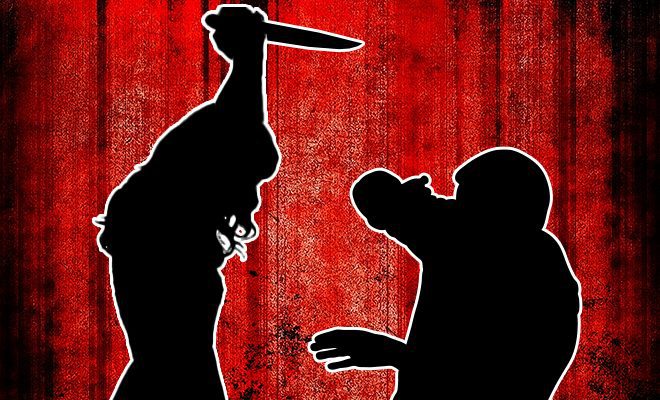 Ever since my best friend got engaged a month ago, my mother has been (not so) subtly passing hints and making jokes about my own wedding. It’s difficult to keep a straight face through them all but it’s easier than telling her that my faith in marriage is shaking a little. After writing numerous stories about spouses murdering each other or women being tortured for dowry or marital rape, it’s getting tough to imagine what married life looks like. I know I am being a tad pessimistic but you can’t disagree that it’s scary to think about. For instance, this woman in Tamil Nadu murdered her husband after he found out about her extramarital affair.

On Tuesday, a woman from Tamil Nadu’s Kancheepuram district confessed to the police about murdering her husband with her boyfriend’s help. The victim, Thangavel, had been missing for a few days and based on a complaint by his father, the police were searching for him. His wife, Vimala, has now surrendered and admitted to murdering him.

Thangavel, Vimala and their 14-year-old son were living in Kancheepuram. After Thangavel found out about Vimala’s affair with a man named Raja, she devised a plan to murder him. According to the police, Vimala and Raja murdered Tangavel on 28 July. They killed him with a kitchen knife and then burned the body near the forest area at Acharapakkam. On 2 August, the police found the half-charred body and it was soon identified as Thangavel.

Also Read: Woman and Boyfriend Murder The Husband To Claim His Job

The #Manimangalam police said they identified a half-charred body on August 2 and sent the samples to the lab to ascertain that it was Thangavel.https://t.co/cE1yrC7NEP

Reportedly, on the day of the murder, Thangavel’s brother Sakthivel had called him. Vimala answered the call and told him that their son was using the phone for online classes. She then cut the call abruptly and then Thangavel’s phone was unavailable. His family started getting worried when they didn’t hear from him. So, Sakthivel and a few of their relatives went to the house but it was locked from the outside. That’s when Thangavel’s father filed a missing person report.

Vimala has been arrested and charged while the police are on the lookout for her boyfriend and accomplice, Raja. Hopefully, they find him and bring Thangavel to justice.

Distraught After His Wife Eloped With Her Lover, This Haryana Man Murdered Their Children And Committed Suicide.