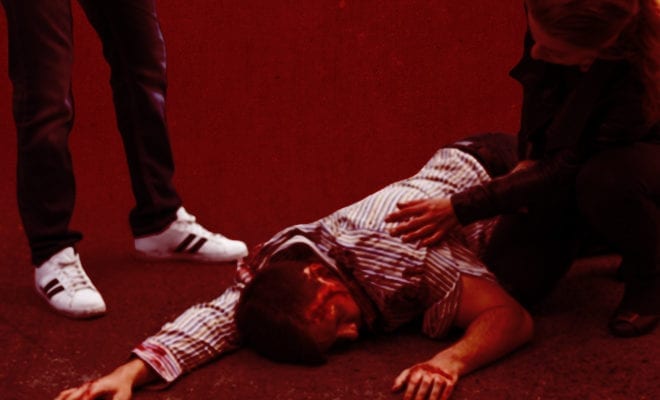 Woman and Boyfriend Murder The Husband To Claim His Job

My faith in marriages, in recent times, is shaking. And for all the right reasons. I have been hearing so many cases where either the wife is having an affair with another man or the husband is. And it gets even worse, especially when one murders the other for benefits. The most recent example being of a woman in Maharashtra, along with her mother and boyfriend, who murdered her husband to claim his job.  It was a murder case that was solved within 24 hours of the crime.

Recently, a 25-year-old Prajakta from Maharashtra’s Chandrapur district, along with her mother and boyfriend, Sanjay Tikle, murdered her husband, Maroti Kakre to claim his job in Western Coalfields Limited (WCL). Maroti Kakre was only 34 years old when he was murdered.

After committing the murder, Prajakta and Sanjay Tikle left Maroti Karke’s dead body lying on Saasti Road near the Vardha River, where the police found it. After the initial investigation, the police found out his identity to be Maroti Karke and many injuries on his body which led to thinking that this was a murder rather than an accident.

After pulling the call records and going through a bunch of other evidence, the police narrowed down Prajakta as their prime suspect of Maroti Karke’s murder. It was during the interrogation that the entire story about how he was murdered came to light.

According to the police, Prajakta was in a relationship with her sister’s brother-in-law – Sanjay Tikle. And both of them wanted to spend the rest of their lives together and also claim Maroti Karke’s job at the Western Coalfields Limited (WCL). Prajakta’s relationship with her husband Maroti Karke was also not on good terms – he would often come home drunk and pick up fights with her. This helped Prajakta’s mother to form a murder plan. Sanjay Tikle then paid his friend Vikas Nagrale to execute the murder planned by Prajakta and her mother.

As per the reports, Vikas Nagrale struck up a conversation with Maroti Karke on the pretext of asking where the nearby liquor shop was and then lured him into drinking with him. Vikas Nagrale then ensured that Maroti Karke was heavily drunk so that he could execute their murder plan.

Following the steps of their plan, Vikas Nagrale got Maroti Nagrale heavily drunk, got him to an isolated spot where he strangled him, and later slit his throat. After which Sanjay Tikle arrived at the same spot with another friend and both of them dumped the lifeless body in the back of their car. Both then dumped the body near Vardha River to make it look like an accident. They also chose that particular spot to dump the body as it was closer to his workplace and once someone would identify the body, his job would be passed on to his wife.

But within 24 hours of the murder, the police investigated the evidence, unraveled the entire case, and arrested Prajakta, her mother, her boyfriend – Sanjay Tikle, Vikas Nagrale, and his friend.

What makes me super proud is that the police who often don’t get enough credit for their hard work solved the murder within 24 hours. It really breaks me to know what extent people can go for their materialistic wants. The wife didn’t think twice before committing the murder. And if that isn’t insensitive, then I don’t know what is.