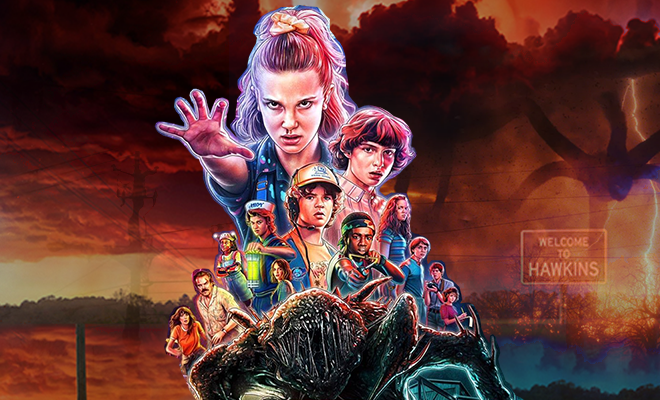 I Pushed Myself To Watch The Whole Season Of Stranger Things 3. I Liked It But It’s Still Unnecessary

So, I may have judged a series by its 2 episodes – if you don’t know what I am talking about then read this – I Am A Stranger Things Fan But I Couldn’t Watch Past The Second Episode Of Season 3 . I had been waiting for Stranger Things Season 3 for a very long time and when it finally came out I was supremely disappointed, not to mention highly bored. I didn’t want to continue watching the show because I thought I figured the whole show out.  Boy, was I wrong. Nope, shouldn’t have judged this show by the first two episodes, apparently.

And even though I liked the show, I have to admit the fact that the show was slow, like, really slow. All they showed was teens trying to make up and absolutely shunning poor Will out. Guys, all Will wanted to do was play D&D. Ugh! At one point they subtly try to imply that Will might be gay because Mike says “I am sorry if you don’t like girls.” Uh-oh. Clearly, the Best Friend Of The Year award goes to…

Seems like NOBODY remembers that Will was possessed and was stuck in The Upside Down for the longest time. On the other hand, Will’s mom Joyce figures that there may be something fishy happening in the lab from where the Mind Flayer was sent back. She, along with Hopper, then go to the lab but Hopper gets attacked by a Russian version of Arnold Schwarzenegger who refused to die till the end. Annoying prick.

Okay, humans aside, the Mind Flayer is now feeding off of humans, and by that I mean he possesses them, builds an army, melts them and grows bigger as he sucks on their melted meat. Disgusting AF! And finally, the huge-ass Mind Flayer is ready to fight/kill Eleven with the help of Billy. Will also figures out that he is back and a Code Red is sent to the gang.

Dustin along with Steve and Robin (Steve’s co-worker) who (as I mentioned in my previous article) is conveniently fluent in 4 languages, also speaks and understands Russian. She cracks the code and figures out everything so smoothly. The trio then reaches the secret base of the Russians and somehow manage to get in. Where they are stuck. Whoops.

Nancy and Jonathan have been fired from their jobs ‘cause remember the investigation they executed behind their male bosses’ back? Yeah, that hurt their ego. However, Tom, their boss is also possessed by the Mind Flayer.  Joyce and Hopper manage to kidnap Alexei, the scientist who was threatened by comrade-general and was a given a year to build a better machine and so he did. With Alexei kidnapped, the trio goes to Hopper’s friend Murray who is fluent in Russian. Why am I not friends with multi-lingual people?

It’s the 4th of July and the Mind Flayer picks the best day to attack Eleven. The whole gang including Nancy and Jonathan take refuge in Hopper’s cabin where the Mind Flayer finds them and attacks everyone. At this point, I think Eleven will defeat him and she does, but in return is bitten by it as well.

Dustin and Lucas’ sister, Erica who has been an asshole but also very useful, helps Steve and Robin escape who have been drugged by the Russians. Okay, here’s the funny part. Steve, Robin, Erica and Dustin just walk into a theatre where a movie is going on and NOBODY freaking objects. They get a seat easily too. I want this easy life too.

Dustin goes out to figure out how to get “Tweedledee and Tweedledum” out of the movie theatre and asks Erica to keep an eye on them. But it’s obvious the two will NOW walk out on their own and will get lost. The two end up in what has to be a UNISEX washroom and have a heart-to-heart conversation. Steve confesses to liking Robin (like that wasn’t obvious) but, what threw me off was her reply. You have to watch it to know.

Joyce, Hopper, Murray, and Alexei – who discloses that the portal can be shut –  leave for the funfair ‘cause they think the kids are enjoying themselves, but are eventually attacked by the Russian Arnold Schwarzenegger (that’s what we shall call him) who kills Alexei. I cried. He was sweet.

Now, I am intrigued and amused about what happens next. Eleven is bitten and they go to the supermarket to fix her up. At the Starcourt Mall, the complete gang reunites and they also manage to figure out that there is a piece of Demogorgon in her skin. Ew. Then Joyce, Hopper, and Murray come to save the day/night by visiting the Russian base and trying to shut the portal. By the way, Hopper approves of Mike. Yay!

Eleven loses her powers. You had ONE JOB! The trio Joyce, Hopper and Murray disguise themselves as Russians to get to the portal and while at it, Joyce asks Hopper out. I predicted this, you guys!

The gang is scattered. Dustin, Erica, Steve, and Robin go back to the machine (?) to try and distract the Mind Flayer who had reached the mall. Also to buy some time for the rest of them to leave, but Billy is right outside the mall waiting for them. Of course.

Now, for the end- the trio faces the Russian Arnold Schwarzenegger again. See what I mean? He doesn’t die! Suzie has been revealed but she is a little annoying because Dustin and she choose this exact time to have duet while the others fight for their lives. Hopper fights the Russian Arnold Schwarzenegger and ends up killing him too. Billy dies trying to save Eleven from the monster. Hopper dies too, or does he? And Joyce manages to close the gate by herself. 3 months later, the Byers’ are moving out for good.

They also give us a sneak peek of the Russians sacrificing a prisoner to the Demogorgon. I think Hopper is not dead for two reasons.

A) His dead body wasn’t found B) The Russian guard says “Not the American”. So…

All in all, it wasn’t bad but definitely unnecessary! What are your thoughts?