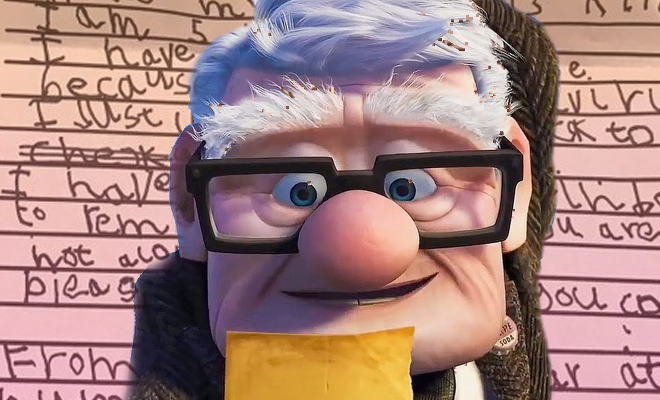 #Spread Positivity: This 5-Year-Old Girl Wrote An Adorable Letter To Her 93-Year-Old Neighbour To Let Him Know He Was Not Alone.

Here’s the thing, you can either be super-paranoid about the post-apocalyptic like circumstances that we are living in right now (because overthinking makes all situations better). Or you can just accept it, not freak out and make sure you stay indoors. Look, there is no denying that these are dark and gloomy times. We are living the times that some poor child is going to have to read about in history twenty years down the line, how cool is that? Okay, don’t judge me.

I know coronavirus is one of the biggest threats we have faced, and I also know that it has made everyone feel aimless and blue. In times like these, social media can be pretty negative space and let’s face it, we don’t need more of that. That is why I like only watching dog videos, funny baby videos and just generally cute and happy things.

While I was scrolling through today, I found a tweet that really made my day. This netizen posted a tweet that involved a 5-year-old girl who just befriended her 93-year-old neighbour. I mean, come on how can you not smile at that?

My Grandad is 93 and currently in isolation of course – but is in very good health ☺️ – and he has recieved the most beautiful letter from his 5 year old neighbor and he wrote back to her 😢❤
Just please read, it should make you smile.🌼 pic.twitter.com/VPXkQgxXOh

On Monday, this Twitter user took to the social networking site to post two images of letters with the caption, “My Grandad is 93 and currently in isolation of course – but is in very good health and he has received the most beautiful letter from his 5-year-old neighbour and he wrote back to her Just please read, it should make you smile.”

Basically, this 5-year-old girl name Kirah wanted to make sure that her 93-year-old neighbour was doing alright during this pandemic. She also reminds him in her letter that he is not alone and to write back if he can. If that wasn’t adorable enough, the 93-year-old man did send a letter back.

He informed Kirah that his name was Ron and he was pleased to receive her letter and that he is doing well. Ron also mentioned that he was in isolation and that he was the first person to move into that building in 1955. He also told Kirah that her painting of the rainbow was amazing and that he would put it up in his window so that everyone could see it.

I don’t know about you, but I feel like there is something so innocent about this interaction. This whole incident is so damn cute, and it’s left me a little misty-eyed. Let’s all follow Kirah as an example and look out for all the elderly people in our neighbourhoods.

#SpreadPositivity: This Little Girl From Arunachal Pradesh Has A Powerful Message For Us All And We Need To Listen To Her