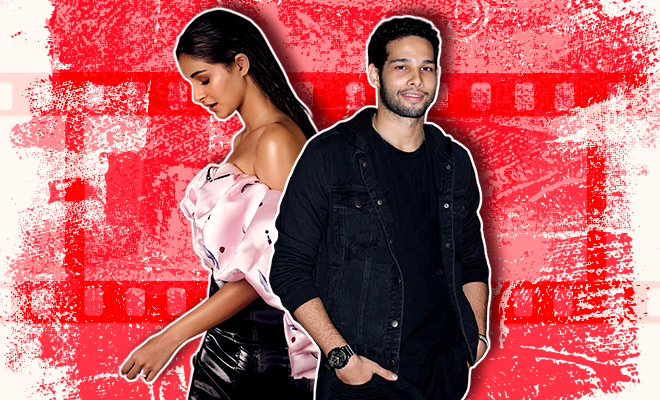 Siddhant Chaturvedi Slayed With His Response To Ananya Pandey’s Entitled Speech. But What Was That Ananya?

I will go out on a limb here and admit it, I am a sucker for sad sob stories. I am the kind who would want to be devoured by painfully heartbreaking stories and tragedies and the fact that shows like Grey’s Anatomy have been my all time favourite says a lot about me. But even I know when a very bullshit story is being sold to me on the basis of emotion. So I was cheering on Gully Boy actor Siddhant Chaturvedi as he recently called out Ananya Pandey on her rant on nepotism at the round table with Rajeev Masand.

A roundtable that consisted of a unique mix of debutants from 2019, Rajeev Masand once again got together a bunch of stars from Bollywood to have yet another conversation that spanned a lot of topics. Having actors like the Gully Boy star Siidhant Chaturvedi, Student of the Year 2 actresses Tara Sutaria and Ananya Pandey, and other newcomers  like Vishal Jethwa, Geetika Vidya Ohlyan, Abhimanyu Dassani, and Saloni Batra, it was a full house with the seasoned host.

Also Read : Sara Ali Khan Dodges The Word Nepotism But Talks About Dealing With The Pressure Of Being A Star Kid And She’s So Positive

But what stood out as one of the most defining moments from the roundtable was when the topic of nepotism was stirred by star child and Bollywood newbie, Ananya Pandey. Going off almost instantaneously at the mere mention of the subject, Ananya Pandey went on and on about how coming from a star background has been difficult in its own way. She said, “I’m so proud of him. I’m proud of being his daughter. When Student got delayed, my Dad didn’t even congratulate me till it released. That’s how fickle the industry is. That’s how indispensable people are. Anything can happen and he knows that. Mine has been a lot of personal experience and I’ve seen my Dad go through a lot. I overcompensate personally. I’ll come extra early to places. I’m so happy I’ve this chance, I’m the most starstruck person in a room.”

Ananya Pandey complaining about nepotism and Sidhant Chaturvedi ending her existence with one line 😭 look at her reaction lol pic.twitter.com/hX2R7Jc1F7

Continuing further, she said,”Just because my Dad is an actor I’m not gonna say no to a film. My Dad never did a Dharma film, my Dad never went on Koffee with Karan. It isn’t as easy people say it is. Everyone has their own journey.” And that right there, could be a very millennial example of what entitlement sounds like. And before we could take a go at it, Siddhant Chaturvedi sitting at the roundtable beat us to the punch, as he called it out for what it was – BS.

He gave it back to the starlet in one, single, powerful line, that made so much sense, twitter has him lauding ever since. He replied by saying, “Everyone has their own struggle. But difference yahi hai ki jahan hamare sapne poore hotein hai, wahan inka struggle shuru hota hai.” ( the difference is that where our dreams end is where their struggles start). And it’s aimed at the flippant way Ananya mentions that her struggle is that the Koffee couch has never seen her, yet.

And the only thing missing after this was a mic drop.

In 4 seconds, #SiddhantChaturvedi summed up the struggle of outsiders and the upper hand celebrity kids have in the film industry! Acknowledging where you come from and being real about it is so important! #TheNewcomersRoundtable2019 #Bollywood pic.twitter.com/mP6ZMeMneX

In 4 seconds, #SiddhantChaturvedi summed up the struggle of outsiders and the upper hand celebrity kids have in the film industry! Acknowledging where you come from and being real about it is so important! #TheNewcomersRoundtable2019 #Bollywood pic.twitter.com/mP6ZMeMneX

Waah, table of pretentious people got owned by a hard worker who made on his own #AnanyaPanday #SiddhantChaturvedi https://t.co/9rFRO4lwoG

You see, Siddhant being one of the few actors who has no godfather in the industry, and has struggled his way into the business. Which is probably why, when the Pati, Patni aur Woh actress equated her and her father’s struggle as intense because they’ve been called on the Koffee couch with Karan, Siddhant like most of us couldn’t sit there and take it. Quick to highlight the difference between a newcomer’s real struggle and the privileged vantage point enjoyed by star kids, he made his point with his one-liner and we think it was about time someone did.

Twitter, hailing him as the real OG and MC Sher for such an apt yet savage reply, has been all praises for the young star and we get it. Hopefully, this might offer some perspective to the people in industry, who conveniently turn a blind eye to the ever apparent nepotism in Bollywood.

Also Read : Ananya Panday Says Nepotism Only Gets You The First Film. We Think It Gets You Way More Than That