Salman Khan ‘For Dignity There Is Another Platform’ To Koena Mitra. Oh, Come On Salman! 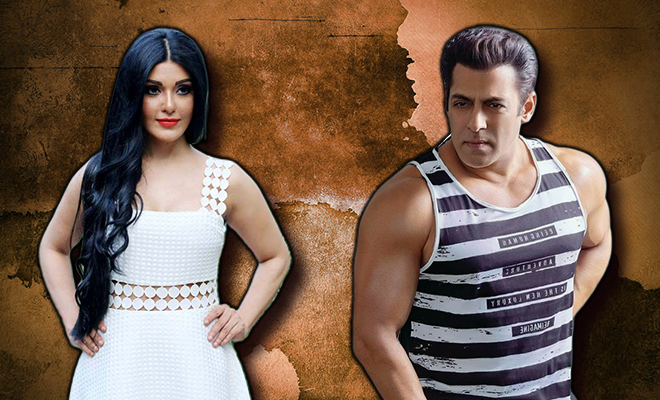 Out of the pool of values and sanskaars and deep-sounding proverbs our parents pass on to us, one of the most frequently heard ones has always been, ‘There is a right time and right place for everything.’ And I wouldn’t lie, it has indeed always come through as a sound piece of advice for me. And while a lot of situations call for using what has been passed down to us sparingly and bending the rules to suit the place and time, there are certain qualities that are a constant. Loyalty- it should always be unflinching and holding on to one’s dignity, for another. As humans, we all deserve this. A concept that has recently been challenged by the Bigg Boss 13 host, Salman Khan, as he got into an argument with ex-contestant Koena Mitra about these things.

The show that has been raking up TRPs ever since its promotions started, had a double eviction this week and Koena Mitra, former actress and model was eliminated from the show. And while we do not expect her or anyone to be giddy with joy about it, her bitterness wasn’t just all spite and did have some truth to it. Post her eviction, Koena revealed in an interview how, “I think Salman, his attitude and his behaviour towards me, was making things very obvious. If you have seen the weekend ka vaar episode, you must have observed as to how he was defending the wrong people. He was defending their actions and his own action was in favour of their wrong actions.”

And she wasn’t all wrong in saying what she did. In fact, when Koena tried to talk about how fellow contestant Shehnaaz was constantly mocking her, Salman came to Shehnaaz’s rescue with the most absurd defense; he said that the audience outside apparently love her trolling Koena. And honestly, we are not surprised, for this won’t be the first time he’d be opening his mouth to make no sense whatsoever.

Koena Mitra further said, “And when I questioned him that audiences won’t like dignity, grace, strong values and principles, he said ye sabke liye alag platform hai, which means he officially said this show does not require dignity, then why are we showing it on national television. We are on national television to set an example for people. We try to inspire and motivate them so that they follow your path, that was my goal, that my personality should be appreciated and accepted and I am proud that I have done that.” As are we, to be honest.

No matter the platform, values like that of respect and dignity are things that must anyway be held on to and not be compromised upon, on any platform, let alone a mockery of a reality show like Bigg Boss. In fact, it is in such reality shows, that such values must hold prime importance for it becomes awfully easy to lose sight during such times, but clearly Salman couldn’t care less about it.

We, on the other hand, support Koena in standing her ground and calling a spade a spade, even if it meant not agreeing with the likes of the Bhai of the industry. Guess, this time he needs to be the one learning, and not preaching!

Also Read : Salman Khan Gets Into An Argument With A Photographer And Asks Them To Ban Him Too. Was This A Dig At The Media After The Kangana Incident?