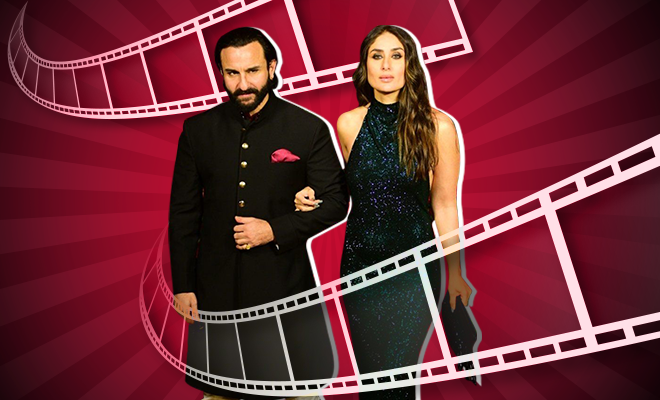 Saif Ali Khan Talking About Not Getting Jealous Of Kareena’s Success Is Setting New Type Of Couple Goals For Us!

When you’re born and raised in a country like India, you are well aware that for years it has been largely dominated by the likes of a misogynistic society. By the time you hit mid-twenties and start nearing the age to get married, there are certain checklists that you need to start keeping in mind so as to not end up with a guy tainted by the misogyny around us. And while more often than not, the kind of guys we come across are usually prototyped from the book of guys we must steer clear of, there are a select few much like the Sacred Games actor Saif Ali Khan, who reinstates our faith in the men in our country, by talking about how he feels about his wife’s success.

Also Read : Saif Ali Khan Spoke About How Amrita Singh Was Instrumental In Shaping His Career. That’s The Kind Of Man We Respect.

Kareena Kapoor Khan’s husband, Saif Ali Khan is eleven years older than his wife. They even have an adorable son together! They are hands down one of the hottest and most successful couples in Bollywood in recent years and we can see why that is. In a conversation with Rajeev Masand, the Lal Kaptaan actor was found talking about a lot of things, among which he was questioned about what he felt about the success of his wife Kareena and it ever made him jealous.

Now, considering Bebo is one of the A-listers in the industry with some iconic roles and acting tied to her dossier, we could expect and maybe to a point understand if he had said yes. But what Saif had to say, just surprised us all together. He said, “No, no, no. I mean I think we’re far too realistic for that kind of thing. One understands that but no we aren’t as chauvinist…you know things change, things go up and down and things happen. At one point in time somebody is more successful than the other and the other time both people are having a great time. But I have never measured life in those terms. In fact the success of my life has got nothing to do with box office. It’s to do precisely what’s happening at home.”

Not only was he accommodating of the fact that since both of them are involved in a field that comes with constant failure and success, there needs to be no comparison but also very clear when it comes to what describes success for them and it had nothing to do with the box office.

He further said, “I imagine there might be pressure if you are not working and if your are not contributing and if you kind of just, you know, lazing around, being jobless. I mean that would be I can imagine a little embarrassing and a little irritating to the partner as well. But any good thing if you’re doing better than me…I mean I do live with such a glamourous and successful movie star and it never, never…maybe it’s her greatness as a person that it never really feels like a competition, which of course it isn’t. And maybe I can say that she is a bit younger so…. (laughs) I don’t know whatever games we play to feel better. But yeah, I don’t compete or feel bad about that, ever.”

And that is the kind of attitude we hope trickles down into the minds of men in our society, where they don’t feel the need to compare each other, but support each other like a team and take what comes in a healthy and positive way. Guess, this Bollywood couple is once again setting the right kind of goals for us, and we are all for it!