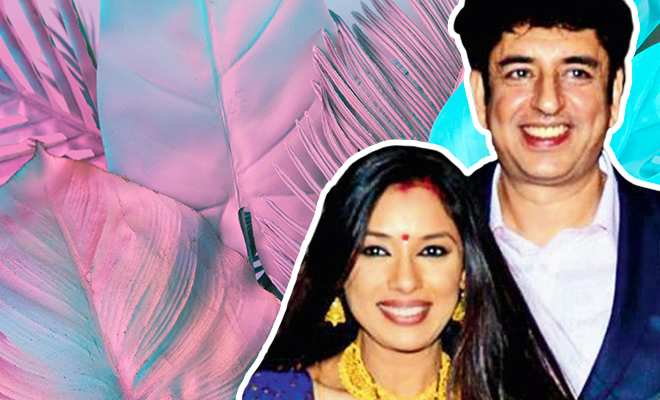 Rupali Ganguly Is All Set To Make A Comeback While Her Husband Will Take Over The Household Duties. We Need More Men Like Him

You know the story about Pavlov and his dogs? I won’t go into the details but it’s about how if you’ve been conditioned to believe in something long enough, it becomes your truth. For a lot of men, years of being treated as superior beings has lead them to believe that they somehow belong on that pedestal, that women are meant to serve them even if they have not accomplished anything in their life. And somewhere between staying so critical of men, courtesy atrocities inflicted upon us, we may have forgotten to acknowledge and appreciate the rare breed of men that do exist and prove to us that not all men are the same.

We say this after getting to know there are still men out there, who are not tainted by entitlement, and know what it is like to stand in support of their women, while they set out to achieve their dreams. TV actress Rupali Ganguly’s husband, Ashwin K Verma being one of them. As the actress announces her come back to the small screen 7 years after quitting the famous and much loved TV show, Sarabhai vs Sarabhai, Rupali opens up about how her husband Ashwin played a critical role in making that happen.

Crediting her return to acting to her husband, Rupali said, “I would like to give huge credit to my husband for encouraging me to take up the show. I was quite happily mothering my child, so something had to be that exciting for me to step out of home.” The actress who gave birth to her son in 2013, had taken a break from acting up until now, when she has finally decided to take the role of the protagonist in the TV serial Anupama, that is a remake of the Bengali TV series Sreemoyee where she will be seen playing the role of a housewife.

Also Read : Meet Taniya Sanyal, The First Woman Firefighter To Be Appointed By The AAI. We Need More Women Like Her!

Admitting to how motherhood had made her complacent and comfortable with her duties as a mother, she also said, “When I was offered the show, my husband really pushed me and said, ‘I will take care of our child and the house, you go ahead because this show will give you the chance to prove your worth as an actress’.” And honestly, we have missed coming across such secure and ever supporting men, who know how to have the back of their wives, without letting the societal stereotypes get the better of them.

Rupali also shared, “My mother-in-law is 87 and it is not easy for a man to run a house when there are several responsibilities. Since it is a TV show, I am shooting for 12 to 13 hours. Staying away from my baby for so long is only possible if I know that my home and my baby are in good hands. I think by taking the whole responsibility, he made me fall in love with him again.” And she won’t be the only one here falling in love with the guy, for we too have major respect for the guy.

It is  not every day that a man steps up and lets his wife take the lime light, while offering to take care of the responsibilities that are otherwise fobbed off on the woman, using the excuse that she’s a nurturer and all that. It is heartening to see the narrative change and we can’t wait to see our beloved ‘Monisha’ from the hit show Sarabhai Vs Sarabhai, come back in action as Anupama this time!

Also Read : Bhageerathi Amma, The 105-Year-Old Woman Who Gave Her Grade Four Examination Last Year, Will Be Honoured With The Nari Shakti Puraskar. We Are So Inspired.