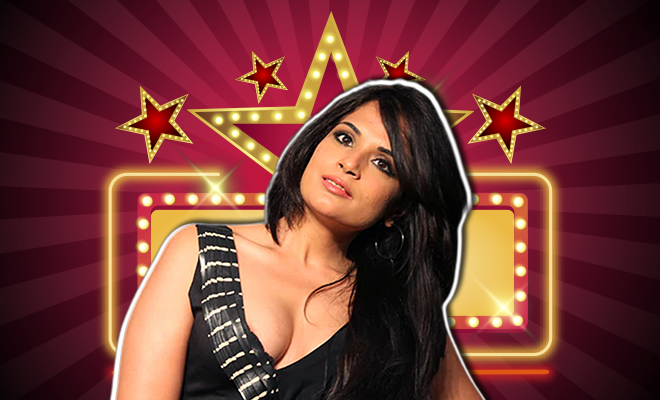 Richa Chadha Says Every Woman Will Relate To Her Role In Section 375 Because Harassment Is So Rampant. So True!

Every actor today is taking a close look at the movie’s script and their character arc within the story first before signing the film. They say ‘content is king’ these days for a movie to do well and the recent successes of movies that weren’t masala entertainers is proof that this is true. Some actors get their hands on some really great scripts easily, while the rest take time to pick scripts that they want to be a part of. On Tuesday, actress Richa Chadha was at trailer launch of her forthcoming film, Section 375,  and she made some very interesting points about why she chooses to do, what she chooses to do. She also shared why she chose the script of Section 375!

Richa Chadha said, “I don’t strategise so much. I don’t think any actor thinks so much. Actually good scripts are so few and far between that when you get a good script, you become greedy as an actor. Everybody on this stage is somebody I wanted to work with.” Richa Chadha is known for her roles in films including, Gangs Of Wasseypur, Fukrey, Masaan and more.

The Masaan actress also said that the roles she played in the past are really ‘atrangi‘ and stepping into the shoes of a prosecutor in Section 375 is the most normal one so far! There’s no denying that Richa Chadha has been seen playing quite a few unconventional roles and has raised the bar high for strong female characters in films. Richa Chadha was drawn in by Section 375’s script and said her character is different from the ones she played before.

“All the characters I have played have been ‘atrangi’ . I am only a lawyer here, not a pimp, a drug dealer or a girl who abuses. So I was excited about that also. When it comes to this character, every girl will relate to it. It is about why you fight so aggressively about something you believe in. As a woman, you can relate to it because we read in the newspapers so often (about abuse and rape), and we all have had experiences of harassment,” Richa Chadha added.

Speaking of her experience in shooting the film Richa revealed that she once broke down during a scene because it reminded her of her personal experience. “I even broke down once on the sets. While saying a dialogue, something touched me so much that I was not able to utter a word after that. This was a challenging role. I totally believe in my role and this film,” the Section 375 actor concluded.

Helmed by Ajay Bahl, Section 375 is slated to release on September 13, 2019. Apart from this Richa Chadha will also be seen in Panga alongside Kangana Ranaut.