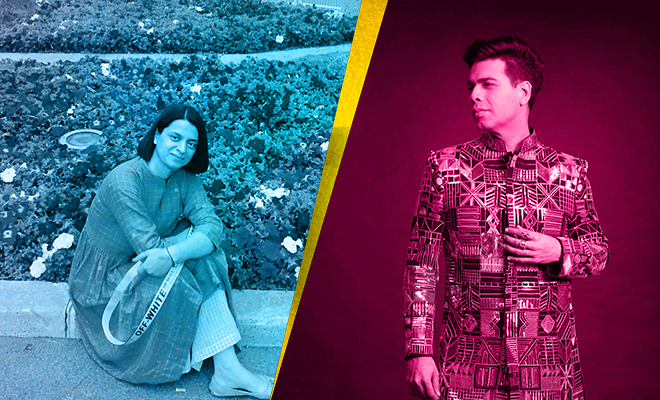 Rangoli Chandel Is Upset That Film Makers Choose To Show The Love Life Of Historic Characters. Erm, What?

Out of all the things that I wish would come with a ‘switch off’ button, like my inexplicable hunger pangs to my urge to always pick a boy not good enough for me, I wish it the most for a person. She needs it the most right now – she is the unhinged sister of Kangana Ranaut, Rangoli Chandel. From having a history of sneaking up on people and blindsiding them into unnecessary social media duels, Rangoli Chandel and her penchant for passive aggressive drama is now part of our daily life. And this time, she has yet again sparked another controversy with her tweet, this time about Karan Johar and his upcoming movie Takht.

Also Read : Karan Johar Breaks Gender Stereotypes In The Most Fashionable Way Possible And We Love it!

It all started as a conversation about Ramayana on Twitter, but soon turned into a heated discussion around mythology and the way period dramas often depict them. And  just like that, with no apparent reason or connection, Rangoli decided to drag filmmaker Karan Johar and his 2020 slated release Takht into the conversation, by taking a not so subtle dig at them. She wrote, “And now not surprisingly our dear Karan Johar is making a film on this cruel bloodline, he will depict Aurangzeb cruelty through his abs and sexual relationships,” hinting that the storyline of the movie will depict the fight for the Mughal throne.

And now not surprisingly our dear Karan Johar is making a film on this cruel bloodline, he will depict Aurangzeb cruelty through his abs and sexual relationships ?

These dumb filmmakers need to be stopped from sexual depiction of historic characters, before they start their crying drama and claim that democracy is dead and bring international shame to the nation, I request authorities to ask them to submit their scripts ?

Now, it’s not like Rangoli has ever had or even needed valid arguments to make things ugly, so naturally this time around too, we weren’t really surprised when she came at KJo with her teeth baring. We are just exasperated after all this time. And this wasn’t  all. Rangoli continued the word war and tweeted, “These dumb filmmakers need to be stopped from sexual depiction of historic characters, before they start their crying drama and claim that democracy is dead and bring international shame to the nation, I request authorities to ask them to submit their scripts.”

What ‘international shame’ she is talking about we know not of, but clearly the woman needs to stop making a mountain out of a mole hill, or in this case, a bit of a romantic angle in a period drama movie. Because much to her disappointment, even the historic characters did have a life and romance and in whatever capacity a filmmaker chooses to show it, is well within his or her directorial freedom. And we get it, Karan Johar is known to take that liberty and make an unbelievable rom-com out of it, but then again, he has also been associated with good cinema and this could be just that.

Karan Johar’s film Takht is going to be set around the time Shah Jahan was the Mughal emperor and will star an impressive cast of actors like Anil Kapoor, Kareena Kapoor, Alia Bhatt, Ranveer Singh, Vicky Kaushal, Bhumi Pednekar and Janhvi Kapoor. All of whom would be seen playing pivotal roles to the script. Slated to hit the theatress next year in 2020, the movie is definitely something we’re looking forward to, more so now.

Also Read : Kareena Kapoor, Alia Bhatt And Karan Johar Got Asked About The Pay Gap In Bollywood. Kareena’s Response Was Interesting, Karan And Alia Sat On The Fence.