Rakhi Sawant Hasn’t Revealed Who Her UK-based NRI Husband Is. But Do We Actually Care? 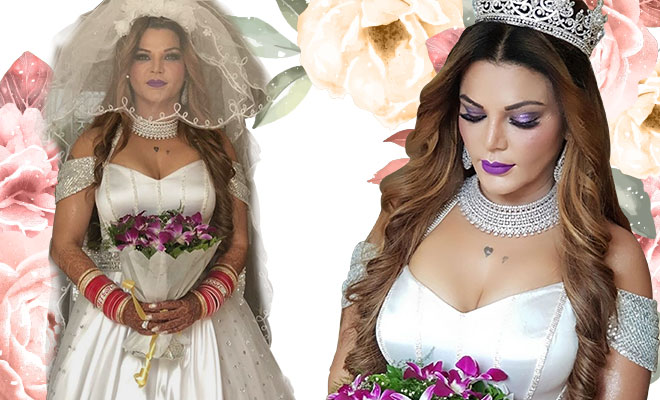 Rakhi Sawant, even the name brings up all sorts of memories and not all of them amazing. You may not know who she is, or her body of work (a term we use rather broadly) but her antics can amuse you, or if you have a stiff upper lip or any sort of taste, put you off the internet for a long, long time. She recently shared pictures of her in what looked like a white bridal gown and because we love to speculate and also because of what she wore, everyone wondered if she had gotten married. Rakhi Sawant denied all the wedding speculations and said it was a bridal shoot. Now we know that this is woman that loves drama like we love reruns on Saturdays, so we didn’t put that beyond her. However, turns out, she actually did get married. Rakhi has finally confirmed that she is actually married to a UK-based NRI, Ritesh. On being asked why she hid her the details of her wedding,  Rakhi told Times Of India, “Yes, I got married on July 20. Actually, main darr gayi thhi. I wanted to have a quiet, hidden wedding.”

Rakhi Sawant explained the whole reason behind her hiding her marriage and said that her husband wants to stay away from public eye. “Mere husband ko media etc pasand nahi. Unko kisi ke saamne aana nahi thha. Shaadi toh family ke beech mein hoti hai, duniya ko thhodi na bulana hota hai!”  Rakhi said her marriage took place at JW Marriott in Mumbai, “He is a Hindu NRI and I am a Christian, so I did a court marriage and had a Catholic wedding. The wedding was intimate with just family members. My husband works with Donald Trump’s company as an employee.”

Well, it’s good to know that Rakhi Sawant is finally married and seems to be happy with it but creating a whole drama behind her marriage denial was pointless. We get that some people like to keep their personal life private and not openly tell the world about it but knowing the identity of Rakhi’s husband… are we just curious or do we actually want to know. Calling it a bridal shoot just because her husband doesn’t like being around the media is justified but we’re not entirely sure if most of us are interested or bothered in knowing who her husband it.

When asked on how their the two first met Rakhi Sawant said, “WhatsApp love affair and wedding” as they started talking on WhatsApp and he also proposed on the platform, “He whatsapped me. Messaging and then talking to him, we became friends with the passage of time. This happened about a year-and-half back,” she said. Rakhi also added, “Mera pati mere liye parmeshwar hai.”

Earlier in an interview, Rakhi Sawant had said she will be traveling between the UK and India for work. “In fact, he has already left. My visa is underway and I will join him. Of course I shall continue to work whatever I get in India, so will shuttle for that. I always wanted to produce TV shows and I think my long-standing dream will now be fulfilled. I thank Jesus for giving me such a wonderful husband.” Yes, she said Jesus and not “Jejus” as she has previously referred to him.

Okay, do you want to know who he is or are you okay? 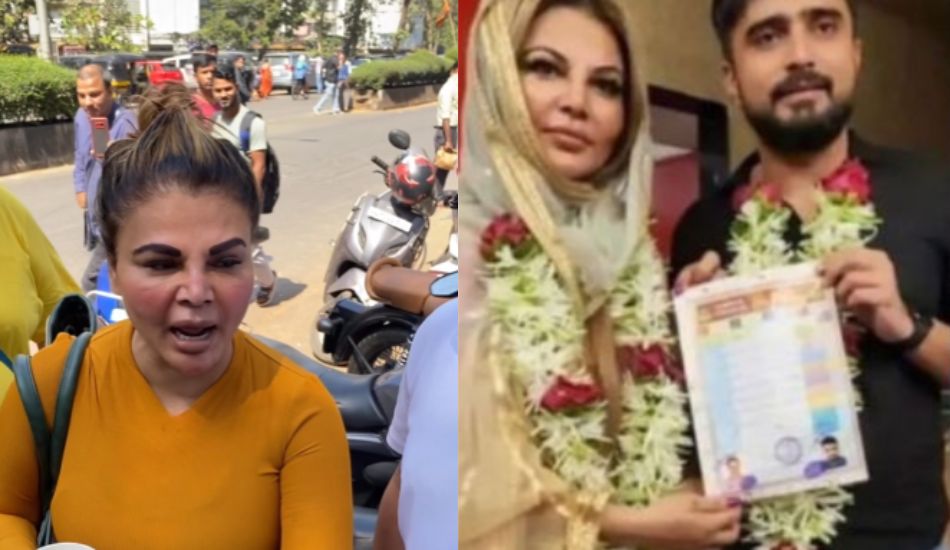 Did Rakhi Sawant Really Get Husband Adil Durrani Arrested For Assaulting Her? All You Need To Know

Chalo, finally she took a stand.