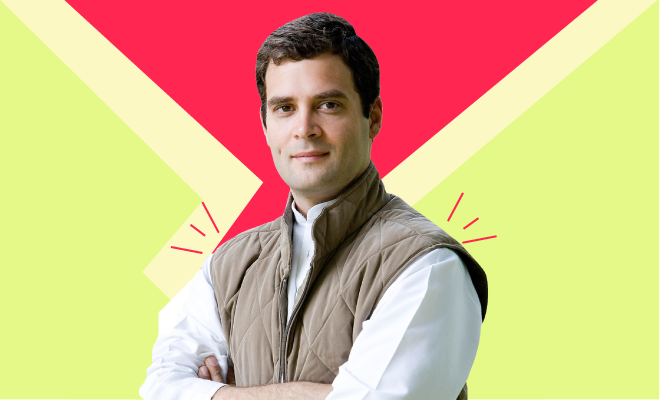 Rahul Gandhi Wants 10 Women CMs In The Next 10 Years!

It looks like Rahul Gandhi may have an agenda that has us interested. When recently asked about his plans on becoming the PM of the country, he said it would certainly be something he could consider. But this isn’t what has got us excited. The Gandhi scion also mentioned that should this happen, he would take women empowerment to the next level.

Now, we are not easily taken by the promises of politicians, because well, reality. But he set an agenda and everything. His vision, he said was, ‘to see at least 10 women Chief Ministers in the country from Congress in the next 10 years.’ He also said, “I know that my statement will annoy many men here, mainly senior leaders, but that is the agenda I am going to set.”

The current situation in the country doesn’t lend itself to many positive developments related to women, so this has us hoping. Maybe if we have enough women in power, we will actually see things improve, and have a greater voice. Too much optimism? Perhaps. But hey, it’s worth a shot.