Padma Lakshmi Is Calling Out Racism Constantly And This Time, She Did It In Such A Cheeky Way. We Love It 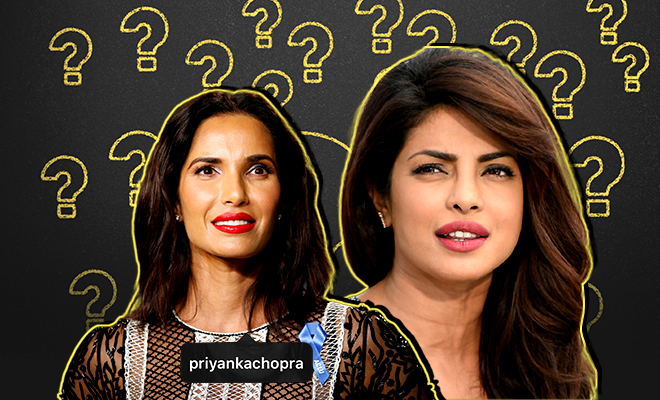 I have been told, more than once and by several people, about just how ‘typically Indian’ my looks are. From my complexion, to my eyes, to the colour of my hair, everything apparently makes me look an unquestionably Indian. But that I look to Indian people. But I am sure I look different to people around the world. Or maybe not. Because it’s easier to clump all of us into one category. A fact that has been recently corroborated by the American author and host- Padma Lakshmi as she recently called out the subtle racism that still lingers on in the minds of people, when it comes to categorising Indians.

What started as a harmless participation in the New Yorker’s Celebrity cartoon issue, soon turned into a bigger dialogue the moment they tagged global star and actress Priyanka Chopra in place of Padma Lakshmi on her image on Instagram. A mistake, that was clearly more than just a mix-up was almost instantly called out by the author for its subtle racism.

Also Read : Asma Khan Is A Fabulous Chef And In An Intimate, No-Holds-Barred Chat She Talks About Food, Racism And Misogyny

Padma Lakshmi, in fact took a screenshot of the mix-up of names and was quick to post it on her social media account with a caption that said it all. Giving the New Yorker a jab where it should hurt, she captioned the post, “Thank you to the illustrious “@nydailynews” for the shoutout. I know to some we all look alike, but… #desilife #justindianthings.” And we are glad it was said out loud that too by tagging a different publication and making her point with added sass.

As Indians, we are not just limited to how brown our skin looks or how curly our hair is. We may have an accent but we think you do as well. We are different, accomplished and more than that – we are equals. Not every person with a brown skin looks the same, and Padma Lakshmi didn’t shy away from saying it out loud, yet again.

In the past too, the successful writer has come up front to talk about the kind of racism she has dealt with as a child with an Indian origin growing up in LA around white people. She has gone on record to share how no matter how legitimately American she is, people still only qualify as true citizens if they are white and that is messed up on too many levels. Having risen up from her childhood ordeals, today she stands as one of the most powerful feminist voices, and hopefully her pointing out the subtle racism in New Yorker’s post, will serve them and others with the right kind of message. The kind that reminds people we’re not all the same, and not all of us will just sit and take it.