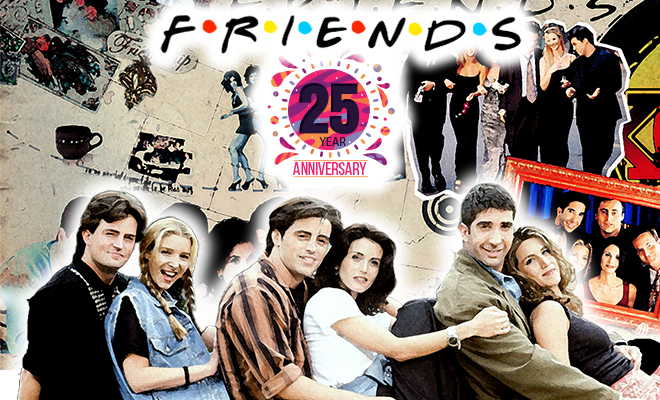 Now That Jennifer Aniston Is On Instagram, Let’s Talk About The 10 Life Lessons We Learnt From Friends

So you know Jennifer Aniston joined Instagram, right? Yeah, she did that and the platform glitched. You could argue that her show, that shot her to superstardom, isn’t the best now. But she broke a record, getting to a million followers in 5 hours flat. So there’s definitely something the show did right. And just this year, it completed 25 years of being around. Yes, I feel old too.

TBH, I can’t wrap my head around the fact that the show is so cool that all of us can watch the re-runs infinite number of times, and never get sick of it. The fact that people have loved the show for one fourth of a century and still continuing to do so, is what leaves me baffled. The best part is that though the characters are from a different generation altogether (I am just three years older than the show), millennials can actually relate to it.

The other day, while we had a lot of work piled on, team Hauterfly was wasting the time away, discussing which characters we could relate to. And there was not a single person, who couldn’t identify with just one character. In fact, I can tell that all of us love the show so much because each one of them is so relatable. I only wish, our 12th grades were based on it and not on physics and chemistry. Here are 10 life lessons that Friends taught us.

Do you remember the very first episode, in which Ross is painfully sulking about Carol, sitting on the iconic central perk couch? He sighs and says that he just want to be married again. And poof, Rachel makes an entry into the coffee shop, in her bridal dress. Technically, his wish did get true, considering they do marry later, in another season. And that’s when Chandler goes like, “And I just want a million dollars.” And I just want Vicky Kaushal.

We’re all familiar with Monica and her love for food. But in this particular episode, Roger, Phoebe’s shrink boyfriend pisses everyone off with his unsolicited diagnosis of everything that’s wrong with them. And he tells Monica, to remember food is not love insinuating that what Monica does is emotional eating. Well, that’s kinda true with me, at least. Repeat. Food is not love!

3) It’s okay if you have a shitty job

Remember the time when Monica was working at a restaurant where she had to wear fake boobs and dance on the counter? Sounds sexual, but it was really kinda hilarious. Rachel, was a waitress and that was not as bad for her as it was for the customers I guess, because she always mixed up the orders. Well, for chandler…nobody quite knew what he does! It may take time, but you’ll get there.

4) But never set your boss up with someone you know

Rachel got into a soup when she set up her really dull boss with a very afraid-of-confrontation Chandler. Obviously, it was quite a task to get herself out of that mess. Never, ever, ever set up a senior or your boss with a friend.

5) Never leave on a product longer than recommended

Ross has a way of burning money, in the most bizarre ways. Remember when he left the teeth whitening product longer than recommended? The time when he messed up at the tanning machine? OMG Ross!

“We were on a BREAK!” – I can actually hear Ross saying these words! At least wait for a week or you’ll possibly become – as Rachel’s mom puts it: “once a cheater always a cheater.”

Remember the time when Chandler left a very jobless and dumb Joey home alone? He returned to find Joey locked inside a cabinet, and an empty house!

Ross goes with Chandler to get him to quit the gym, but ends up becoming a member too because of a very hot Maria! Only if that could motivate them to actually go to the gym.

9) Be with someone who loves you for who you are

Chandler and Monica – they are just perfect lovers. Monica is high maintenance and Chandler loves maintaining her. Chandler is not a rough and tough man and Monica is in love with his soft side. Being with someone who loves you for who you are makes everything better.

ALSO READ: Jennifer Aniston Was Asked To Lose 14 Kgs Before Starring In Friends As Rachel. Wait, What Even?

Well, all of them are weirdos, in a good way – which is possibly why we love them so much. But the weirdest of all has to be Phoebe! She thought her mother reincarnated as a cat to come and meet her. She sings songs about a smelly cat and is quite an eccentric star!

GET HAUTERFLY IN YOUR INBOX!
Related ItemsFeaturedFriendsLifestyleCultureFriends Tv Show25 years of friends