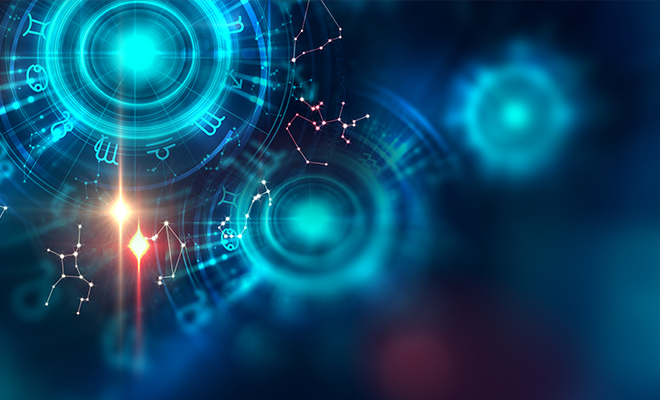 If you are someone who reads the horoscope column daily, then you might be in for a shock. According to an article by Cosmopolitan UK, a study by NASA suggests that we have 13 and not 12 zodiac signs. The new zodiac sign called Ophiuchus (you win brownie points if you pronounced it right!), has been assigned to peeps whose birthdays fall between November 29 and December 17. So the sign you’ve known all your life may not be yours, your personality traits may shift, you may belong to a different clan now, the sign you made fun of your entire life might just be who you are now (this is why we have trust issues)!

NASA quietly published this bit of news on a blog note earlier this year in January. For some reason, it went unnoticed at the time, but now that we are aware of it, life is going to change and how! Then again, one has to remember not to mix astronomy with astrology. Technically, this means that the poor folks at the space centre were just doing their job, telling us that hey listen, the earth has been around for a long time and it’s not in the same place that it was some 3,000 years ago. Since it has shifted on its axis, the constellation has changed and thus the new sign. So in short, the scientists did the math and the astrologers launched the new sign. NASA has no interest in your horoscope, girls!

And the blog note was primarily for kids who wanted to know how constellations were formed; it wasn’t an official announcement because it’s a pretty regular occurrence in the world of science. If you go to the the blog post, you will even see a meme there that says ‘Astrology is not science’ — does that clear it up? I guess it’s time for a trip down to the planetarium, yes?.

Now, back to zodiac signs, let’s take a step back in history. Babylonians, the people who came up with these signs 3,000 years ago, decided to ignore the 13th one. Why? There doesn’t seem to be any real reason for this — maybe they believed no. 13 is unlucky? Anyway, because of their goof up, we have to go through this legit life crisis now. At least a major issue for those who believe in astrology and horoscopes, and make life decisions depending on what it says (all fingers pointing at me!).

Talking about the said 13th sign, Ophiuchus is a man holding a snake called a Serpentarius. Just like the rest of the signs, people born under this one will have certain traits — they seek peace and harmony, are impulsive, clever, poetic, and inventive, but can be jealous, power-hungry, and temperamental. If anything, Slytherin fans might be happy about this.

Scroll down to see whether or not your sign has changed and, not to scare you, but 86% of the world’s population have different signs now! *fingers crossed*

Two minutes of silence for those who got their zodiac signs inked. We feel your pain.

But, like how every cloud has a silver lining, this news might just be a rumour, and if you live in the western hemisphere of the planet, your sign remain unchanged. If you do a quick Google search, you will know that 72% of the total countries in the world lie in the eastern hemisphere, including India. All hopes back in the drain?

Whether or not this is true, social media, as always, has had all sorts of reaction to this story. Check out these tweets that will totally uplift your mood!

They discovered a 13th zodiac sign. The whole line up has shifted. I know a few of you who might be having an identity crisis right now.

Rip to all the girls who got their zodiac sign tattooed on them since there is now a 13th one ?

They just introduced a 13th zodiac sign…. everything I know is a lie….

Telling me that there’s a 13th zodiac sign is like telling me that Santa now wears green. Sure, it’s different, but neither are real

So theres a 13th zodiac sign now apparently, are people going to see if moods or attitudes change all of a sudden? Lmao

Me: wakes up, checks Cosmo and see’s the news of a 13th zodiac sign
Also me: I can’t handle this right now, goes back to sleep

Because of the discovery of the new 13th zodiac sign, I actually am a cancer and I was right all along have a good day